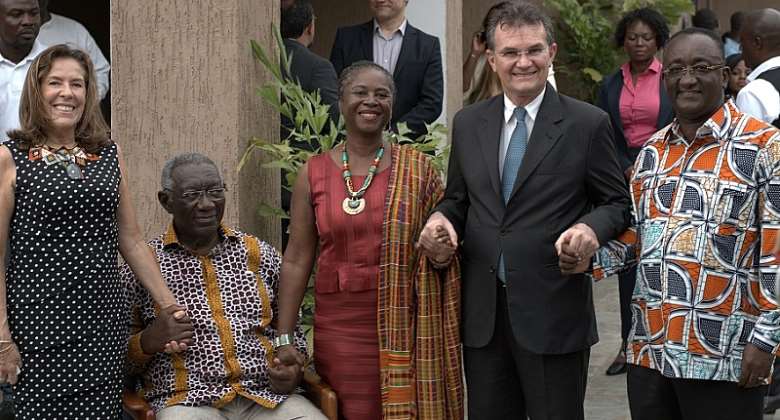 The Brazil Africa Institute has just opened its first headquarters in Africa. Accra, capital of Ghana, is the new host city of the institution.

The launch, on Tuesday (27), was attended by the former President of Ghana John Kufuor, who did not hide the satisfaction by the arrival of the Institute to the continent. “The relationship between Brazil and Africa, more particularly with Ghana, must be sustained and promoted. This is what Professor Bosco is doing and I support him” said Mr. John Kufuor.

For the IBRAF’s President, Professor João Bosco Monte, this is the opportunity to strengthen the relationship between the two sides of the Atlantic. “I usually say that the Institute is a bridge between the two regions, Brazil and the African continent, and we need to start at some point. The point we chose is Accra. We thank you very much for the opportunity we have here and I am sure that in a short time we will see great results coming from this new partnership “, said the Professor.

The Brazil Africa Institute is a non-profit organization created in Fortaleza, Brazil, in 2012, that facilitates the debate between Governments, companies and academics within the scope of Triangular Technical Cooperation to promote development opportunities for Brazil and the African continent.

The opening of the headquarters in Accra also had the presence of the Brazilian Ambassador in Ghana Maria Elisa Teófilo de Luna, Ghana’s Ambassador in Brazil Abena Abusia, Ghana’s Minister of Agriculture Dr. Owusu Akoto, representatives of Brazilian companies, Universities and representatives of international organizations such as the Forum for Agricultural Research in Africa (FARA), the International Fund for Agricultural Development (IFAD) and the Japan International Cooperation Agency (JICA).

Police investigate drowning of officer at Sefwi Amoaya
24 minutes ago