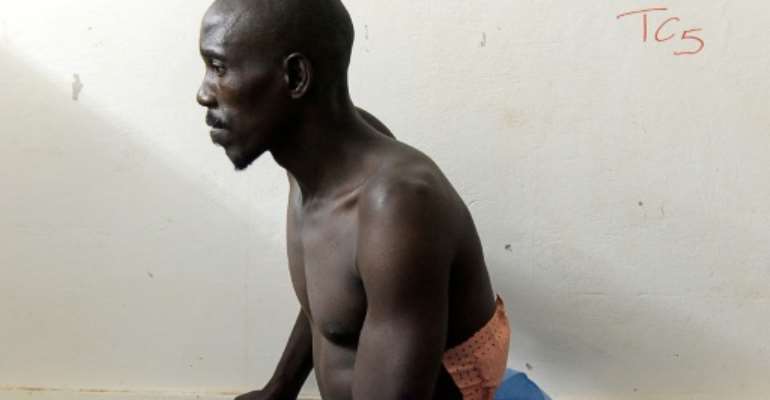 The government said 10 of the victims were shot dead, two were stabbed to death and one was burned, while a dozen more were wounded.. By SEYLLOU (AFP)

A rebel movement in Senegal's restive southern region of Casamance on Monday blamed the massacre of 13 men at the weekend on a feud in the illegal teak logging industry.

The Casamance Movement of Democratic Forces (MFDC) said it "firmly condemns" the killings, which it claimed sought to wreck efforts to restore peace to the troubled Casamance region.

The movement "will not let itself be distracted or disorientated by the gravediggers of peace", said the group, which has been campaigning for the region's independence since 1982.

The west African nation began two days of mourning on Monday as flags flew at half mast in Ziguinchor, the region's biggest city.

"They sold firewood... for 200 francs (CFA, some 30 cents)," said Mamadou Diallo, whose father was killed in the violence.

Due to lack of work in the city, he said his father was "forced to go into the bush" even if it was dangerous.

The MFDC called on the authorities to "focus their inquiries" on local military and governmental officials "who are at the head of a vast network of illegal logging and selling of teak".

Teak is a high-value tropical hardwood whose resilience makes it prized for use in boat decking and outdoor furniture.

The killing is linked to a feud between sawmill operators, "whose fierce competition has instilled animosity between workers," the MFDC claimed.

The 13 were murdered on Saturday in an execution-style killing deep in Borofaye forest in the commune of Boutoupa-Camaracounda, according to a survivor.

The government said 10 were shot dead, two were stabbed to death and one was burned. Half a dozen more were wounded.

Casamance, separated from the rest of Senegal by The Gambia, has been the target of an independence campaign for more than 35 years.

Violence has left thousands of civilians and military personnel dead and forced many to flee. The economy, heavily dependent on agriculture and tourism, has been badly hurt.

However, the region has been calm in recent years after President Macky Sall came to office.

In October 2016, France, the former colonial power, removed Casamance from its list of danger zones for tourists visiting the area.

Last October, the government and a rebel faction met in Rome to revive a peace process under the Catholic organisation Sant'Egidio.

In a New Year's message, Sall had appealed to the rebels to continue talks to create a "definite peace".

The MFDC said the attack "seeks nothing more than to break the dynamic of peace in order to live more profitably from conflict."

A local rebel leader, Oumar Ampaye Bodian, also condemned the attack, saying in an interview on the private radio station Sud FM that the "evil attack" had occurred while "the president is reaching out" on the Casamance issue.