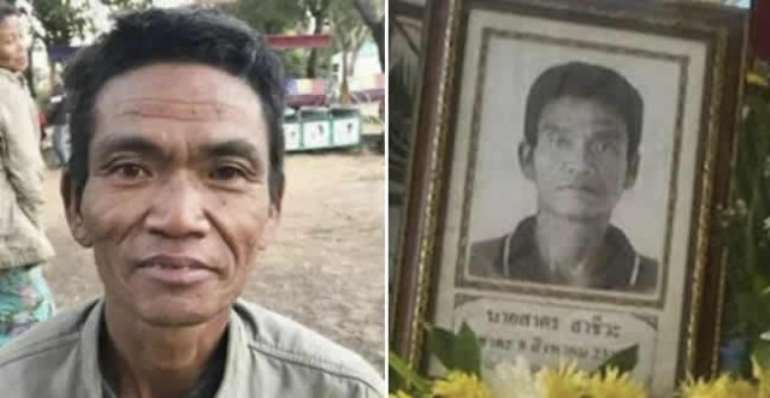 A Thai family received the shock of their lives this month when the man they had cremated 7 months before casually waked through the front door as if nothing had happened.

Sakorn Sacheewa, a 44-year-old man from Thailand’s Si Ka Ket province, returned home after two years working on a fishing boat, in a different part of the country.

He had never once contacted his family during that time, so he didn’t really expect the warmest of receptions, but being treated as a ghost never crossed his mind either.

Only that’s exactly how his family reacted when he walked through the door on December 17, touching him to make sure he was real. He later found out that to them he had been dead for 7 months. 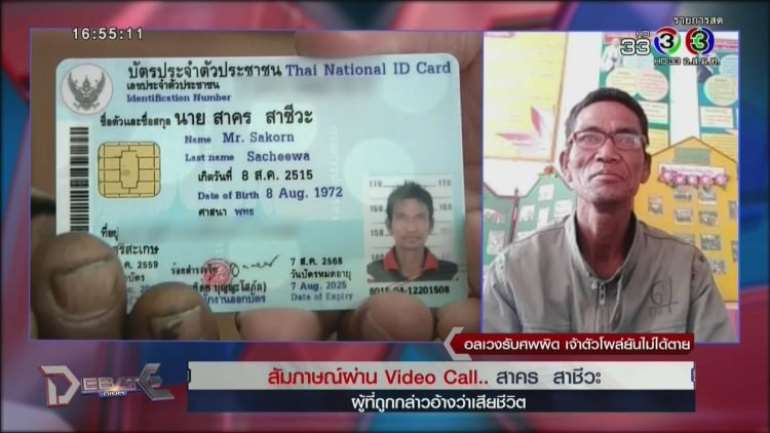 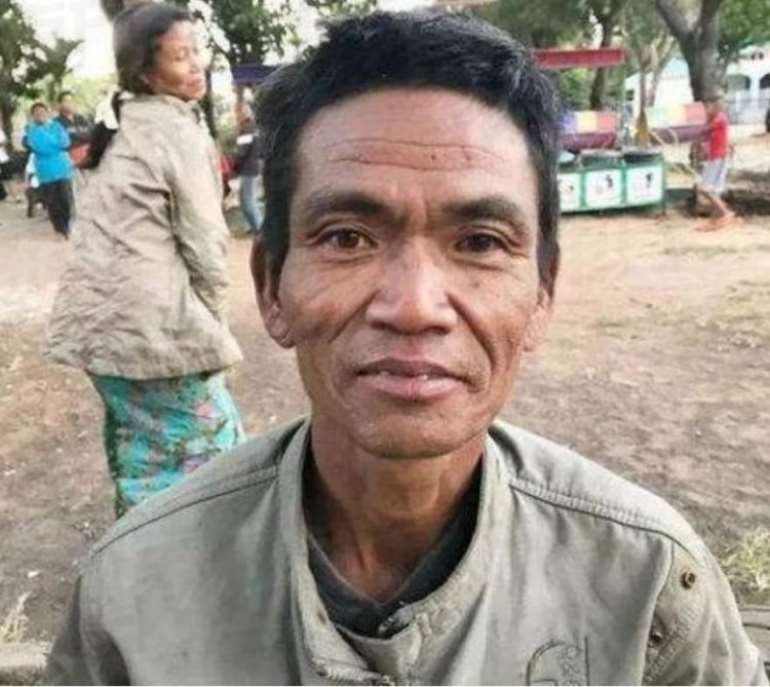 After hearing the story of his death, Sakorn said that, at one point, a co-worker from Myanmar stole his identification card and disappeared, but he simply reported it missing and was issued a new one by the local authorities. He never imagined that someone would ever use his stolen card to impersonate him.

Sakorn Sacheewa’s main concern right now is to get resurrected by the Bureau of Registration Administration, which pronounced him officially dead 7 months ago, based on his death certificate.

There’s just one problem let for the police to solve now – to find out who the man cremated in Sakorn’s place was. They hope to learn this by analysing the bone relics left from the cremation.

Interestingly, this isn’t the only “resurrection” we’ve featured on OC this year. Back in January, we wrote about 82-year-old Vilasa, an Indian woman who returned home 40 years after being laid to rest by her family.

Weird News
Powered By Modern Ghana
Chinese Restaurant Operator Uses Opium To Get More Customers
Man gets tens of thousands of birthday calls after sons post his phone number on billboards
Mysterious Condition Makes Woman's Breasts To Grow Heavily
Tamasco Students Performed Final Funeral Rites, Burial Service Of Core Maths
Unbelievable: At The Airport Passengers Should Be Weighed Before Flying
The Day I Will Never Forget Is The Day I Had An Accident
Filipino Man Has Been Nailed To A Cross Every Good Friday For 33 Years
Check Out Japan's Famous Aquarium Toilet
Woman Goes To Bed With Flat Stomach, Wakes Up With Baby Bump
COVID-19 Updates Live Dashboard
TOP STORIES