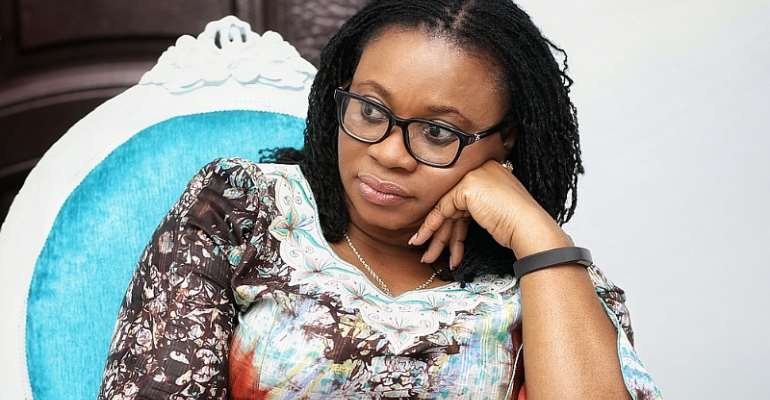 On the 3rd of April 2017, the Chatham House London published on its website the nominees for "2017 Chatham House Prize", to be awarded by the Royal Institute of International Affairs of the U.K, of which the winner was be announced later in the year, and an award ceremony to take place in the autumn.

To the surprise of many Ghanaians, especially the UK based Ghanaian Advocacy Group, CENAB-UK, the name Charlotte Osei, Chairperson of Ghana's Electoral Commission (EC) was included in the list of the nominees. The reason given for her nomination was that, her outfit purportedly ensured a peaceful and transparent electoral process in the 2016 Presidential and Parliamentary Elections, and also for consolidating further, Ghana's 24 years old democratic journey.

However, the UK-based Ghanaian advocacy group believed that the reasons cited by the Chatham House London to include Mrs. Charlotte Osei, who would receive the 2017 Prestigious Award if she had won amongst other nominees, was flawed.

The group therefore petitioned the Chatham House through an email, giving various appreciable reasons why they thought Charlotte Osei did not merit the award she was nominated as far as the 2016 general election was concerned. This was acknowledged by Chatham House with a promise to look further into the criteria for her nomination.

As a result of the above situation, Mr. Charlotte Osei was disqualified, and "the 2017 Chatham House Prize" was finally given to President Juan Manuel Santos of Colombia, on 9th November, 2017.

As one of the well respected Prestigious awards in the world, the Chatham House Prize is mostly awarded to a person, persons or an organization that is deemed to have made the most significant contributions to the improvement of international relations in the previous year.

The group contended that, it would be a big misplaced and controversial decision to consider Mrs. Osei for such an award amongst the well deserving nominees such as Juan Manuel Santos, President of Colombia, who formally ratified a peace agreement with the FARC rebel group and bringing an end to the war in Colombia, and Jens Stoltenberg, Secretary-General of NATO, who also steered NATO through one of the most complicated periods in its recent history.

The CENAB-UK argued that, before Charlotte Osei took over from her predecessor, Dr Afari-Gyan, former EC Chairman, Ghana had conducted a number of peaceful and transparent elections to the appreciation and admiration of the world, and had made tremendous significant improvements on its electoral processes since December 2000.

Coming towards the December 2016 general elections, though very important reformative decisions were taken by the EC that improved on the general transparency, fairness and enhancement on the peaceful elections, but on record, none of these important reformative ideas leading to decisions to improve the process was initiated by Charlotte Osei or by the institution of the EC itself.

All instances of reformative suggestions leading to these great significant improvements on the Electoral processes were initiated by individual Ghanaian citizens and the Opposition Parties, most of which the EC overtly contested against.

Furthermore, in all cases, reformative decisions that were finally implemented by the Commission were forced by the Supreme Court of Ghana, and with compelling reasons for the EC to implement them.

The group stated in their petition that Mrs Charlotte Osei's infrangible posture started earlier before the elections, when she vowed not to allow any significant reforms to take place in the electoral process for the 2016 elections. This was in spite of all the good reformative suggestions made by the Supreme Court, the Civil Society Organisations, the Opposition Parties and Christian Organisations in Ghana.

The group added that, at one stage, the EC was described by some opinion leaders and Supreme Court Justices as having lost the focus on its mandate to ensure a peaceful and transparent elections, and was likely, if care was not taken, to plunge Ghana into chaos due to their stance, as political tension was considerably rising.

In some instances when the Supreme Court had passed judgement on a case concerning the NHIS registrants, urging the EC to take further steps to ensure clean voters register, the EC Chairperson, Charlotte Osei deliberately flouted such unambiguous orders by the Supreme Court.

Having deliberately caused frustration on the Supreme Court, one Justice Gbadegbe at an open court sitting, descended heavily on the EC vowing "not to allow it to plunge the country into chaos as the December 2016" general election was reaching home stretch.

Justice Gbadegbe is on record to have openly stated, “the justices would not sit aloof, make pronouncements and watch the EC, headed by Mrs Charlotte Osei, to flout their orders."

The group recalled that, Mrs Charlotte Osei’s obstinate posture not to allow for a Clean Voters Register before the 2016 elections, led to some Ghanaian citizens registering their displeasure through peaceful demonstrations, which one of such peaceful demonstrations turned into violence when the Police visited brutal attacks on ordinary Ghanaian demonstrators. In the process, one gentleman lost one of his eyes as a result of fired rubber bullets by the police.

Concluding the petition, CENAB-UK recalled an instance of failed EC website, and the Commission's failure on the Electronic and Social Media updates to the general public after the poll had closed 48 hours, thereby festering unnecessary false rumours about the delayed results which again increased the avoidable tension mounted in the country. Up till today, no one knows the cause of the website failure.

With all these few instances and details available, CENAB-UK did not believe it will make good prudential judgment to award Mrs Charlotte Osei with such world class prize for only supervising, but without any proactive input as commissioner, in the 2016 Presidential and Parliamentary elections in Ghana. The group insisted that she was undeserving of the prize and entreated the management at Chatham House to reconsider their decision about Charlotte.

At the backdrop of all these, there is an impeachment process imitated by some Ghanaians against Charlotte Osei, and the Chatham House, London decision to disqualify her, greatly vindicates CENAB-UK's position to dispute her nomination.