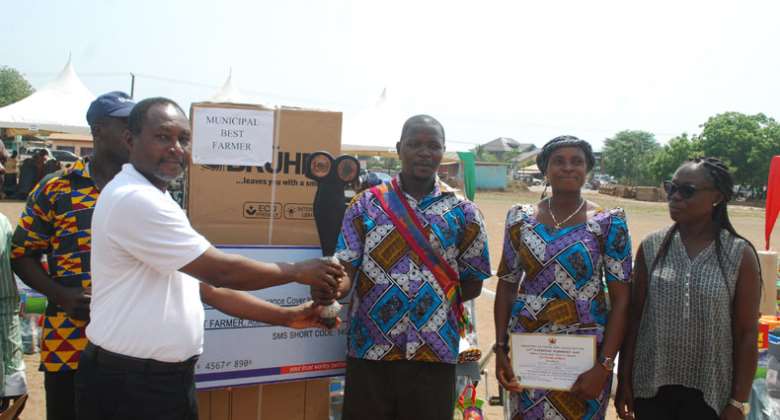 The European Union (EU) in Ghana has provided 816,000 Euros to support a Mushroom project in the Adentan Municipality of the Greater Accra region.

The Chief Executive of AdMa, Daniel Alexander Nii-Noi Adumuah, disclosed this during the 33rd National Farmers' Day celebration, which was held under the theme, 'Farming for Food and Jobs.'

The MCE explained that the funding was in line with the EU's programme to support local economic development in the municipality.

It is also to improve the mushroom industry and general economic livelihood of mushroom farmers in the municipality for sustainable local economic growth and development, he added.

According to him, the project, which started in December 2016 but was launched in February 2017, targets individual Mushroom farmers, Association of Mushroom Farmers, Traders, Seed and Bag producers, Women's Groups and SME Business Advisory Centres, among others.

Dr Paschal Attengdem, an Agricultural Research Scientist, called for innovative thinking to support agro-based lifestyles and businesses in the municipality.

He called for the expansion of the National Farmers' Day awards categories in the coming years to include Best School Based Garden, Home Garden, Best Innovative Garden and Best Food Service Provider (local).

Dr Attengdem added that the expansion of the awards would help to attract more Ghanaians into home gardening and agro processing at the cottage or home level.

The Municipal Director of Agriculture, Angelina Owusu-Ansah, commended the Canadian government for its support for the modernizing Agriculture Initiative, which has led to the improvement of agriculture in the municipality.

He stated that the intervention helped the technical staff to embark on a number of field projects.