‘A Thing of the Past’ 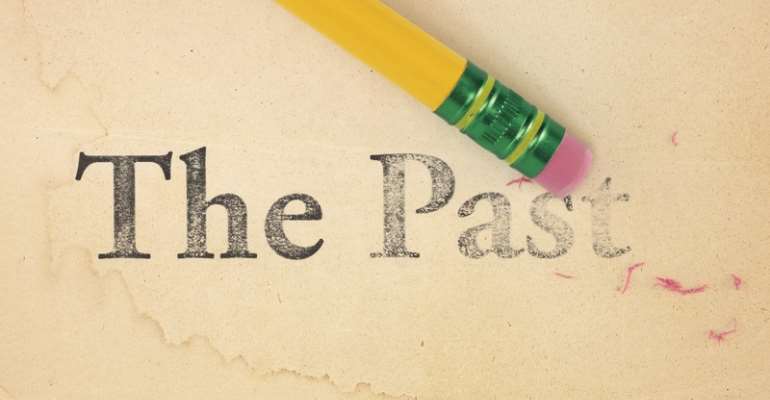 So many words for my headline. I love them short. But I know I can't have it like that always, especially when it's a quote.

Those five words quoted in string were said by a mayor. Once (January 4, 2010), I praised a mayor in that same seat who appeared set to deal with the perennial flooding only to realise he was a typical congress do for self, first.

I watched him care for his abɔdwesɛ and party.
He cared not one bit about completing the abandoned kindergarten building of the Staff Village School. He built a new one next to the uncompleted one which remains abandoned as I write. Procurement, of course!

I am no engineer or architect or physical planner. But I know the kind of flooding we experience here is curable compared to the hurricane type in the dotard man's country and other places on our planet earth.

Everyone seems to think our flooding problem can be fixed. Yet it never gets fixed. It seems to be worsening. It used to be Accra, Accra and Accra. Yesterday I heard Accra, Kumasi. They even added some other names.

It's discomforting to keep hearing about flooding. For anyone to say it will be 'a thing of the past,' therefore, irks me.

Our septuagenarian first citizen knows a lot because like us, his cohort, he has seen things and knows things can be fixed. What about the thirty something and forty something and even fifty somethings. Those of them in politics think you go into politics to build houses and buy cars for yourself.  So, being in political office is how you take advantage of the huge procurement opportunities to enrich yourself. That is why projects are started that cannot be completed and genuine ones don't get completed because there isn't enough percent bribe to be collected. If that were not so, why did congress throw so much of our money away in a STX fiasco when they could have completed Kufuor's affordable housing projects?

Those of us old enough remember, even with our short memory, the Israeli company project to deal with Accra flooding in the very early 1970s.

I personally saw some digging around Kaneshie. They were drains that were supposed to carry water during rains all the way into the sea. What happened to it? Year 2017 is close to half a century after that time.

Where have all our engineers and architects and planners been since then? Why is it that with all their knowledge, they sit down for politicians to use their motherland wrecking procurement appetite to perpetrate instead of checking flooding? So won't it ever happen that technocrats would break the cheating cover of errant politicians?

It is unimaginable compatriots, wearing the political power uniform would be greedy and wicked to mortgage our future with a Kwame Nkrumah Interchange not thinking one bit about checking flooding in the area.

When you have that kind of procurement which ends in creating an island that will be useless because its surroundings will not allow it to work, that is wickedness in procurement.

Maybe mayor would want to try (one more time if it has been done before) to assemble a team of the experts we have spent money to train. Engineers (civil, planning and whichever else would be relevant), planners, architects, sociologists, economists, fundraisers (not the GHC51 million plus financial engineering type) and any others, to develop a workable anti-flooding plan that can be implemented within a year.

It will state clear timelines. If he could do that, it would be up to us compatriots to keep reminding him and make the plan work.

'Gas explosions; deaths recorded' is not something we should be reading online; pictures we should be watching on television; nor words we should be hearing on radio. It happens because of some of the things we wouldn't do to stop flooding.

Owula Mayor, ofaane, no more abɔdwesɛ type banal talk and tricks. Give us a plan the implementation of which we can monitor.

Tell us what you will do this November; three months after that, six months after that and one year after that. State categorically what your 'past' means in real time. When will your 'past' come to pass? That will allow us to follow and keep reminding you about how close or distant from your 'past' to help to you properly manage the flooding to free us from its devastating consequences.