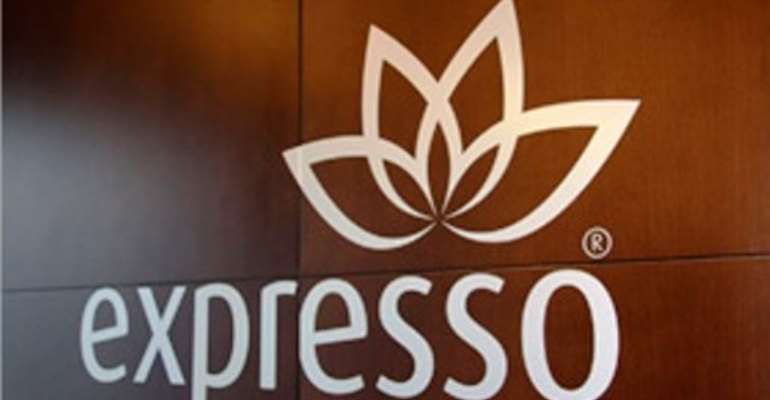 Adom News sources within the telecom industry have hinted that the license of Kasapa Telecom Limited, operators of Expresso telecom brand in Ghana will not be renewed after it expires in 2019.

Deputy Director, Engineering at the National Communications Authority, (NCA) Edmund Yirenkyi Fianko dropped a hint on Ghana Day at the just ended ITU Telecom World Conference in Busan that the regulator had told one telco that their license will not be renewed after it expires.

Even though he did not mention the name of which telco it was, highly placed sources within the industry has confirmed it is Expresso.

The source said NCA has written officially to Kasapa in line with a three-year notice rule to inform them about the decision not to renew their license when it expires.

But the source said per the rule, if the company is able to get an investor and turn around its fortunes within the three years, it could convince the regulator to renew the license on expiry.

How we got here
This does come as a surprise to many industry players and watchers because Expresso, the sole CDMA operator in Ghana, has for years been declining on all levels - the quality of services, subscriptions, workers salaries, rent and bills, payment for products and equipment and general licensing and regulatory obligations.

The NCA had had to meet with the directors of the company in the past on a number of occasions to find ways to address their challenges but all that had yielded no obvious result.

Indeed, the NCA often forgave Expresso from paying fines for QoS failures while other telcos paid theirs and yet the company never recovered from those failures.

Currently, its subscriber base has fallen from about 400,000 nine years ago, to a paltry 23,000 as of April 2017, even though it has one of the most superior spectrum slots within the 800MHz band, a small part of which is suitable for 4G LTE technology.

Ownership
The ownership of the company itself has some uncertainty and secrecy sounding it, and regulators are said to be unsure who to deal with on issues relating to the company.

NCA issued the license to Kasapa Telecom Limited and that is the name the NCA still has on its records.

But ownership seems to have changed hands a number of times until July 2008 when it finally handed in the hands of Sudan Telecoms (Sudatel) and the brand name was changed to Expresso.

The biggest of the woes of the company begun from when Sudatel took over, allegedly because of international sanctions on Sudan, because of which Sudatel has not been able to move resources to Ghana to recapitalize the company.

As a result, the company has declined into oblivion and now engulfed with debt, unpaid salaries, heavily declined subscriber level and a General Manager and Board Chair who are themselves oblivious of what the company owners are doing.

Sudatel has meanwhile announced on its website that it has transferred 100% shares in the company to a buyer who remains a mystery till date, as even the regulator, NCA has not been informed about the supposed sale, in contravention of laid down industry regulations.

They have in fact initiated steps to revamp the company and restore it to its past glory.

Chief Executive of Kludjeson International, Prince Kofi Kludjeson has said the company will be rebranded back to Celltel to provide nationwide affordable WiFi with its own devices and connectivity.

He hinted that he has signed deals with a number of foreign partners to get the company back on its feet, and steps are also underway to pay workers' salary arrears.

Meanwhile, Board Chairman of the company, renown senior journalist Kwasi Pratt is said to have visited the offices of the company and urged workers not to deal with Kludjeson, even though he did not tell them who the supposed new buyer was.

But it appears Kludjeson and or whoever the mystery buyer might be, have only two years to convince the NCA that their license is worth renewing.