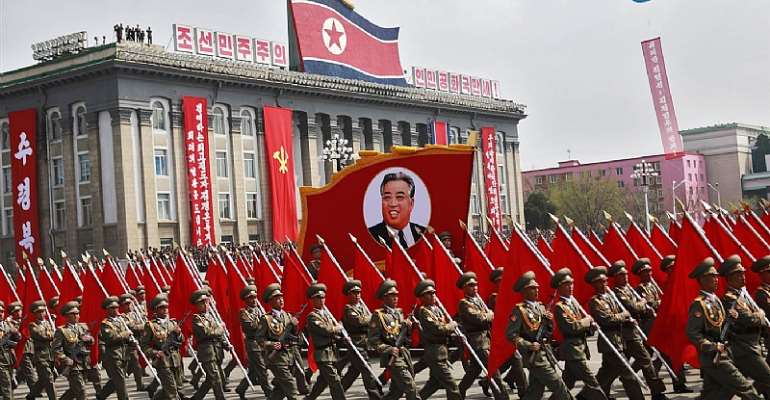 With President Trump “locked and loaded” and the North Korean leader having a re-think about attacking Guam, the rest of the world can breathe a sigh of relief – at least for now.

Previous American administrations have ignored the North Korean’s antics and have gone down the diplomatic way, imposing sanctions and restrictions.

Kim Jung-Un is a nuisance; an attention seeking miscreant who’s prone to show-off given an audience: Trump has now given him the attention he craves.

For those who think there will be a nuclear war or Armageddon, sooner or later, there won’t be.

To launch a nuclear strike President Trump will need the full backing of the Congress and the Pentagon. This backing will not be forthcoming as the Pentagon will be more in favour of a conventional military strike rather than a nuclear strike. So anybody who thinks this will be a throwback to the stand-off during the Cuban missile crisis of 1962, when the world was on the brink of all-out nuclear war, is wrong.

Most important of all if military intervention is required there is China to worry about: In the event that North Korea strikes first at US interests in the region China will remain neutral. But should the US launch a pre-emptive strike, first, China is sure to side with their wayward North Korean neighbour. There are already skirmishes between the Chinese and American navies in the South China Sea and China doesn’t want an increased American presence in the region.

If the order is given to strike its more likely to be a surgical military operation such as the one launched against Iraq in the first Gulf war in 1991.

Cruise missiles will be launched from ships of the US Seventh Fleet currently in the region to knock out key military installations in North Korea. The cruise missiles will probably be complemented by a squadron of B-2 bombers, flying non-stop from their base in Whiteman Airforce base outside Kansas city in America. They carry in their fuselage the AGM-129 Advanced Cruise Missile that will primarily be used to disable missile and telecommunication installations. US fighter-bomber planes, consisting mainly of F-16s and A-10 Thunderbolts, will fly out of their South Korean base of Kunsan air base to destroy any mobile missile launching platforms north of the Demilitarized zone. Finally B1 and B52 bombers flying out of Andersen airforce base in Guam will be used to carpet bomb North Korean barracks and other areas.

Modern air wars normally last a week and if after Kim Jung-Un still refuses to surrender, ground troops, of which there are currently over 500,000 in South Korea, will be moved into position. The border at the 38th parallel will be breached and it’ll take the troops, backed by massive air support, less than a week to march upon the capital of Pyongyang.

However a military intervention will be counter-productive, as the Americans are fully aware of: “ Dear Leader” Kim Jung-Un is revered as a god by his people and any attempt to topple or assassinate him will be met by great resistance by his fanatical followers; they’ll rather die protecting “dear leader” than surrender. And being a nuclear power there’s no knowing that Kim’s generals won’t unleash their nuclear arsenal upon the world.

The key to solving the North Korean crisis lies with China and not Trump’s gung-ho cowboy antics. Already the Chinese government has hit North Korea with sanctions and trade embargoes, forcing them to survive on the bare basics. More, however, will have to be done to force mad Kim Jung-Un to give up his nuclear missile testing programme.