The Origin of the Middle East Conflicts Simply Explained 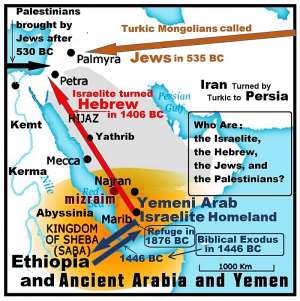 Judaism or Jewishness both are just one political ideology in the forms of religion and nationality respectively. It was created first in 530 BC by Turkic Mongolians who colonized Iran and invented Persia. It is not at all a religion, or an ethnicity, or a nationality.

Zionism is the later form of Judaism. The invention of Zionism began in 1800 AD also by Turkic Mongolians but this time by those who raided and then colonized Eastern Europe, Caucasus, Balkan, Anatolia and Asia Minor since 1700 BC and brought the down fall of Hittite and other civilizations in 1177 BC in Mediterranean regions.

The goal of the earlier Judaism, also called Jewishness, was to invade and colonize Canaan and take it from its Arab Hebrew colonizers without a war, just by a fraudulent Captivity and Return to replace few hundred Israelite by many hundreds of thousands of Turkic Mongolians coming from Babylonia.

Judaism succeeded in expelling ten Hebrew tribes and absorbed the remaining two tribes, making the Hebrew a distinct clan. They replaced the expelled Hebrew by foreign settlers, to serve them, brought them from Crete and other Mediterranean regions in exchange for the expelled Hebrew and Canaanite, and they called them Palestinians.

The goal of the later Judaism/Jewishness (Zionism) is to invade and colonize Canaan once more by Turkic Mongolians but this time by groups coming mainly from Europe and Russia. Zionism claims that the earlier Jews went into a forced diaspora imposed on them by the Romans and Arabs which resulted in Canaan to fall in the hands of foreign Palestinian settlers brought by them but have no historic or religious rights in Canaan.

Does any one of these four groups have any right to occupy Canaan? and entitled for religious or political support and sympathy?

The Israelite were Arabs from Yemen, the Hebrew were the Israelite who invaded and colonized Canaan, the earlier Jews were Asian Turkic Mongolians who came via Babylonia, the modern Jews are the Turkic Mongolians who mixed with their European slaves. The earlier Jews expelled ten tribes from the Hebrew and absorbed two tribes. They also expelled the Canaanite.

The earlier Jews brought people from Crete and other Mediterranean regions to serve them in exchange to the ten tribes and the Canaanite. They migrated to Europe from 600 AD leaving behind the Palestinians. They created massive brutal slavery in Europe and Africa. The modern Jews invented Zionism to regain Canaan while maintaining their control over Europe and USA.

Israelite say Canaan is a son of Ham (and the Turkic Jews supported that when wrote their books) just because they want to take his land. Can they prove that Canaan is son of Ham and not Sam?

When you say so they will jump on you and ask can you prove it?

The real question is can they prove it? And if they cannot, why they ask to prove anything much reasonable and logical than their tale?

There must be a third way between Creation and Evolution theories. It is the Multiple-Creation hypothesis. Each region had its own Adam, and each living planet had its own many Adams.

The world must raise two essential issues:
1. The false historicity and unscientific grounds of the Hebrew Bible, then

2. The need to discovering the true history of the ancient Israelite and of Christianity.

3500 years of deception is really very shameful, but it is not hard to correct. 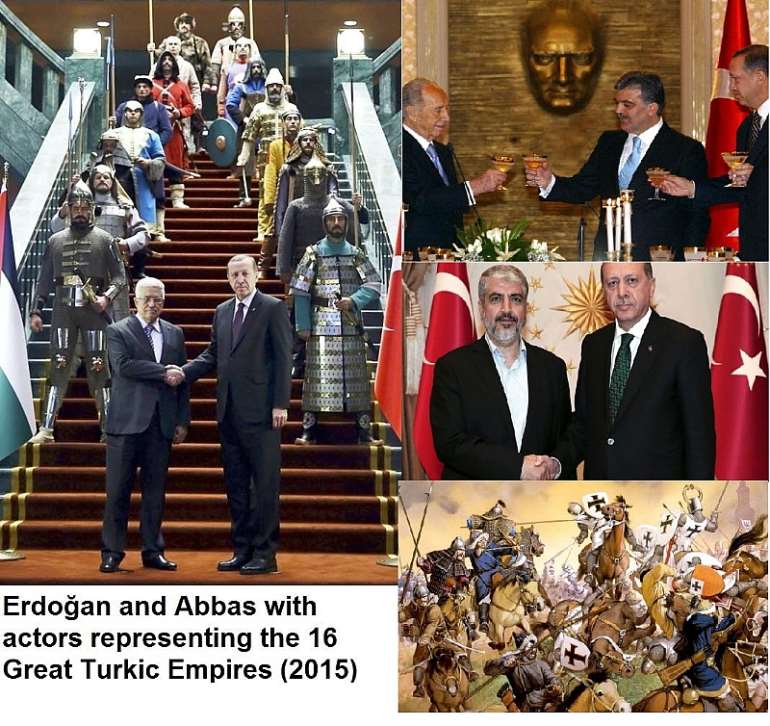