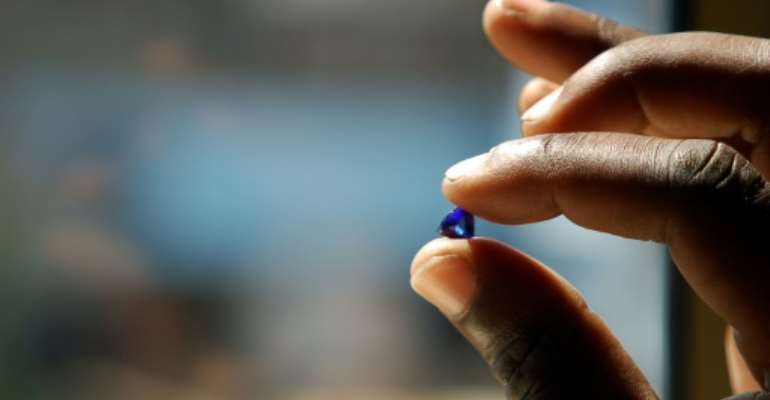 Tanzania is rich in minerals. By MATT BROWN (AFP/File)

The conclusions of the study, conducted by Tanzanian economists and legal experts and seen by AFP, were approved by President John Magufuli.

The report attributed much of the loss to foreign companies, including mining giant Acacia Mining, also accused of operating for several years in the country without being registered.

Magufuli, referring to Acacia Mining, said: "If they admit that they were stealing from us and if they reimburse what they stole, only then can negotiations over registration begin".

"Even the devil is making fun of us. God gave us these ores, these many natural riches and we remain poor while others enrich themselves at our expense. We cannot continue like this," he added, after receiving the report in a ceremony broadcast live.

Last month Magufuli dismissed the country's mines minister after receiving a report from geologists that said mining companies had underestimated their mineral exports in order to pay lower taxes.

The report had said that poor management of the sector meant officials were not able to tell how much or what kind of ores were being exported.

On Monday, Magufuli ordered a revamping of the laws governing mining contracts, telling the justice department to question and if necessary prosecute officials responsible for attributing operating contracts in recent years.

Acacia Mining Monday said in response to the report that the accusations were unfounded and that it has operated in Tanzania in full accordance with the law.

Tanzania is rich in minerals including gold, ranking fourth among gold producers on the continent.

Gold is the country's leading mineral export and one of its primary sources of revenue.

In March, Tanzania said it was banning exports of non-processed ore in a bid to promote the development of the mineral processing sector, create new jobs locally and increase revenues generated by the sector.