The fight against open defecation: can it be won? 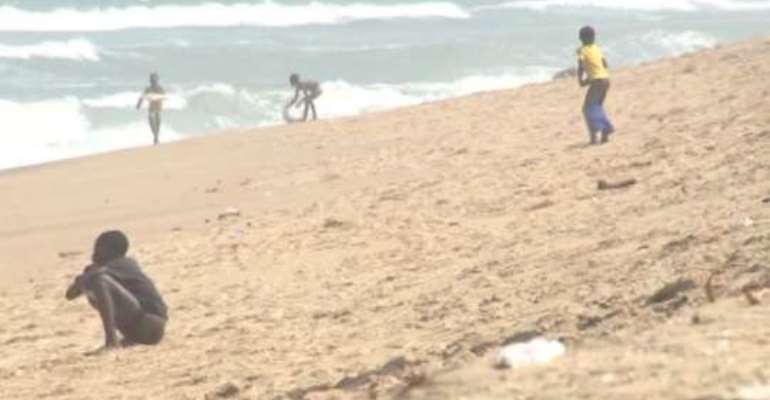 Accra, March 28, GNA - Ghana has been ranked as second after Sudan in Africa, in open defecation with 19 per cent of the country's population resorting to sanitation practices deemed the riskiest of all.

As a result, the country spends about $79 million and more yearly on the control of open defecation, which poses one of the greatest dangers to human health and has fatal consequences for the most vulnerable including children.

Open defecation is defined as the practice of attending natures call in the bush, at the beach, in drains and dump sites.

According to the Chief Officer at the Water, Sanitation and Hygiene, (WASH), Unit of the United Nations Children Fund (UNICEF), Ghana, David Duncan as at April 2016, indicates that three out of five Ghanaians practice open defecation and that in the last 25 years, Ghana made only one per cent progress at eliminating the practice of open defecation.

This means that Ghana could take 500 years to eliminate the practice of open defecation due to the slow pace at which strategies, laws and interventions are being implemented.

Causes Open defecation is increasingly becoming alarming in many parts of the country putting residents at the risk of sanitation related diseases such as cholera, diarrheoa and typhoid among others.

The lack of adequate and accessible toilet facilities in public schools, health facilities and household latrines are the major cause of open defecation in Ghana.

School children below the ages of 10 are often seen defecating around the premises of public institutions freely without any reprimand thereby giving a very bad smell to residents of the vicinity.

The increase in population without the correspondent increase in toilet facilities, the lackadaisical attitude of landlords to put up household toilet facilities coupled with the abuse of the few ones available by the ignorant people are some of the reasons believed to have caused some residents to resort to open defecation.

Impact on Ghana
The impact of open defecation on Ghana's socio-economic development cannot be overemphasised.

Health experts have indicated that there is a direct correlation between open defecation and diseases such as dysentery, typhoid and cholera among others.

This is no doubt that in the wake of the outbreak of this diseases government spends huge sums of money in the procurement of medicines to manage the problem.

Apart from that, productivity sectors such as agriculture, industries, trade and the economy including all the government sectors are often affected leading to lower productivity.

The outbreak of diseases could also lead to many deaths as witnessed in the 2014 outbreak of cholera, which claimed more than 200 lives in the country.

In the last few years, UNICEF, with support from Canada and The Netherlands, have been working to educate and sensitise Ghanaians on the menace of open defecation.

These agencies are also providing sanitation facilities to more 300 schools and health facilities in the country.

Some artists in a platform are given the rare opportunity to express open defecation through art in various forms, which has helped to raise awareness whilst August 2016, UNICEF, in partnership with the Ministry of Local Government and Rural development, awarded three journalists who dedicated their stories to educating their audience on open defecation.

The project is currently being implemented in 11 Metropolitan and Municipal Assemblies in the GAMA and aimed at building 19,000 toilets.

It is also expected to build 250 school toilets for schools within the Greater Accra Metropolis and also applying some behavioral change communication strategies to work on the mind of the people regarding open defecation.

The toilets are to address the acute sanitation and water challenges confronting the urban communities, particularly the low income areas.

So far more than six household toilets have been built through the project, but the low uptake is due to the challenges of financing by the households.

The sanitation challenge cannot be solved by just building toilets. However, institutions such as Finneco Solutions and innovative toilet designs, Skyforks and Samalex could help solve the building of easy manage household toilets in Ghana.

Challenges
The private sector has been identified as a key player in efforts to rid the country of filth and insanitary conditions.

Also, some private sector players have expressed the need for the revision of the decentralisation policy to address urban waste management problems and challenges.

But the institutions in the private sector are faced with challenges such as lack of access to financial credit and lack of government support.

Suggested remedies to curb the menace
First of all, the most important thing is to enforce existing sanitation laws and must be made mandatory that all compound houses and other abode in the country must have decent toilet facilities accessible not only to the landlords and family but to all tenants and occupants.

Secondly, there should be a strong political will by the government to improve sanitation in order to improve upon the lives of the citizenry.

A major national public campaign against open defecation and promotion of good sanitation practices should be there and public toilet facilities in deplorable states should be renovated and put into good shape to attract users.

New and modern public toilet facilities should be constructed and efforts must be taken to making public latrines free of charge and accessible at all times and most importantly, government should support and encourage environmental NGOs in their campaign to promote good sanitation.

The Way forward
It is very relevant to note that among the targets of the Sustainable Development Goals (SDGs) are to ensure the availability and sustainable management of water and sanitation for all.

Ghana's efforts at achieving the SDGs on Sanitation and Water may be affected by the problem of open defecation.

The Community Led Total Sanitation (CLTS) module, which has been tried and tested and proven to be very effective and cost effective is an effective tool for curbing open defecation in the country particularly in northern Ghana.

Under the CLTS, communities are trained and equipped with indigenous technology available materials at the community level to build household latrines, educated to understand the health hazards of bad sanitation practices and to help to initiate their own methodology.

The Ministry of Local Government and Rural Development in collaboration with UNICEF in 2012 piloted the concept in five districts in the Upper East Region namely, the Bongo, Bawku, Garu, Kassena-Nankana West and Builsa Districts and made a significant impact with regard to sanitation.

Water borne diseases and other diseases associated with sanitation was drastically reduced in the piloted communities.