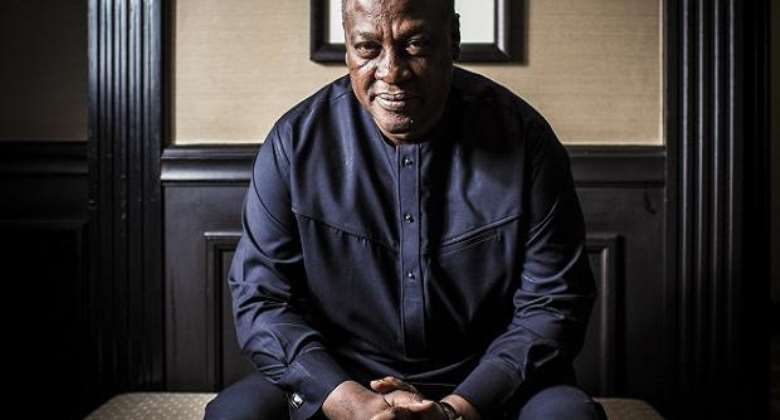 The original story of Don Quixote is a lengthy classical work of over 900 pages in two parts depicting two main characters: the principal character and the chef de mason called Don Quixote and the secondary character who happens to be Don Quixote's faithful servant called Sancho Panza. Luckily, there is shortened form of the book which many years back I was able to lay my hands on; a copy owned by elder brother Mr. I. K. Gyasi, an English scholar. At a point, as I read the book, my young mind started whirling, creating the impression that I was hallucinating like the two characters in the book. I was forced to suspend reading the book. Sadly, while moving homes, I could not trace the book to finish reading it.

However, one thing I distinctly remember from the story I read was that the story clearly depicts the hallucination in the acts of the characters the current situation in this country under the despicable, corrupt, immoral, criminal, incompetent, greedy, hard-hearted, arrogant, John Dramani Mahama NDC administration consisting of a cabal of: “greedy bastards, team B accomplishers, old evil dwarfs, babies with sharp teeth, leeches, liars, propagandists, parasites, thieves, tribalists”, portray. Never in the annals of this country or, I can hazard a guess, in any African country including Mombutu's Congo or Nguema's Equatorial Guinea has a nation witnessed such mass looting on such massive scale of the national resources of a country meant for so many by so little few.as it is happening in this country with such reckless abandon and without any fear of God. The book about Don Quixote depicts the current situation in this country. We have an occupant of the State House who is the Don Quixote surrounded by Sancho Panza who represents, by all disgraceful political appointees, party apparatchiks, bootleggers, bootlickers, sycophants, all with one intent, criminal minds to create corruption machineries with which to loot and share the nation's wealth.

Under the despicable, corrupt, immoral, criminal, incompetent, greedy, hard-hearted, arrogant, John Dramani Mahama NDC administration, contracts are inflated over hundred times which sets the mind reeling and the money siphoned off into foreign bank accounts before a pick axe is even raised to break the ground for the project to begin. Limited foreign currency belonging to the nation is transferred outside to purchase expensive properties in developed countries and used to pay school fees in Ivy League universities for family members and dishevelled characters while essential drugs for psychotic patients are completely non-existent. State lands are given away on wooden platter to cronies and family members with the state bungalows on them meant to house public servants razed to the ground to give way for the construction of luxurious high rising apartments meant for the nouveau riche.

What is happening in this country today is very sad. This is the time when the electorates should be focusing on the various manifestoes of the various competing political parties or better still, comparing the 2012 manifestoes promises of the NDC with its 2016 achievements, if any, to make value judgment. Rather as a result of the petulant, arrogant attitude and gross impunity and incompetence of the Chairperson of the Electoral Commission and her other Commissioners, public opprobrium is currently directed at the Electoral Commission setting people on tentacles as to whether the December 7 elections will ever be held. Now the Electoral Commission must make a choice as to which High Court or Supreme Court to put up appearance in order to avoid contempt.

To quote Mr. Martin Amidu, “Citizen Vigilante”, “The common sense objections of the various aspiring candidates to their disqualification in violation of Regulation 9 (2) of C.I. 94 were met with insolent language bordering on insults and impunity demonstrating the perceived omnipotence and infallibility of the Commissioner in making her decision. I have never in my long years of experience in the public service witnessed the degree of arrogance and impunity exhibited towards the respectable citizen aspiring presidential candidates who sought to simply comply with the duties imposed upon her by the Constitution and the laws governing the process. This was clearly a scheme she designed to intimidate the aspiring candidates and frighten them with the police powers of the Executive from vindicating their rights before the courts. It should be everybody's guess how she managed to recruit the Ghana Police Service which is currently under the control and direction of the partisan NDC Government to foster her agenda of harassing and intimidating those innocent citizens into accepting unlawful decisions disqualifying them”.

To quote James Ene Henshaw in his book: THIS IS OUR CHANCE: “Though the world outside is active, moving and progressing, people are questioning and debating, here in this place, this prison called a village, where silence is the most golden and the most abundant of virtues, we move like sheep from day to day, from year to year, doing nothing but worshipping tradition and spitting hate against our so called enemies. Give to our children the love for education. Give us all more sympathy and understanding of one another, and even of our enemies. Free our hearts, benevolent spirits, from enmity, disunity, iniquity, and calamity”

The fact that the good people of this country sat aloof and allowed the despicable, corrupt, immoral, criminal, incompetent, greedy, hard-hearted, arrogant, John Dramani Mahama NDC administration in the midst of all the hard working, educated, intelligent, respectful wine-aged people around to appoint a woman of indeterminate age and doubtful nationality to take charge of one of the most strategic institutions in this country and still sit tight and tolerate her arrogant and disrespectful and incompetent behaviour makes me ashamed that I am a Ghanaian and an African for that matter. Ghana has indeed created the Eighth Wonder of the World after sixty years of independence. People are wondering foolishly whether the December 7, 2016 election shall hold when the sensible thing we should be talking about is justice and getting rid of the entire leadership of the incompetent arrogant Electoral Commission and reining in the leadership of the security service to purge it of its NDC alliances. La Cote d' Ivoire is a living history in lesson. Those who have ears, hear!