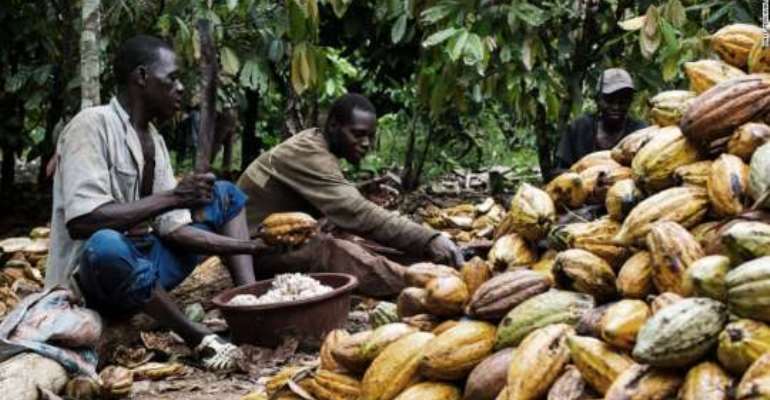 He said the official announcement of the producer price and Government's package for the 2016/2017 crop season' would be made in due course.

Speaking in an interview with the Ghana News Agency, Mr Amenyah said the 2015/2016 season, which started in October last year, concluded on September 29.

He urged Produce Buying Companies, who are still purchasing cocoa beans for the 2015/2016, to await the commencement of the 2016/2017 season.

Mr Amenyah said COCOBOD is expecting a better yield in the 2016/2017 season as we 'missed our target for 2015/2016 season due to the long harmattan stretch.

There were no rains from January to the end of March and the persistent bush fires resulting from the dry fields accounted for the inability to meet the expected target'.

Mr Amenyah said for the coming season, farmers have been supplied with 60 million seedlings and chemicals that will help protect the crops from pest and diseases.

He said extension services are ongoing and roads leading to cocoa farming communities are being worked on for easy transportation.

Mr Amenyah said it is the priority of COCOBOD to work with young cocoa farmers because many of the youth are currently into the cocoa farming industry.

He also urged all stakeholders to expect the 1.8 billion dollars syndication capital which will hopefully be released by next week.