The Secret Deeds Of PK, The Failed NUGS President 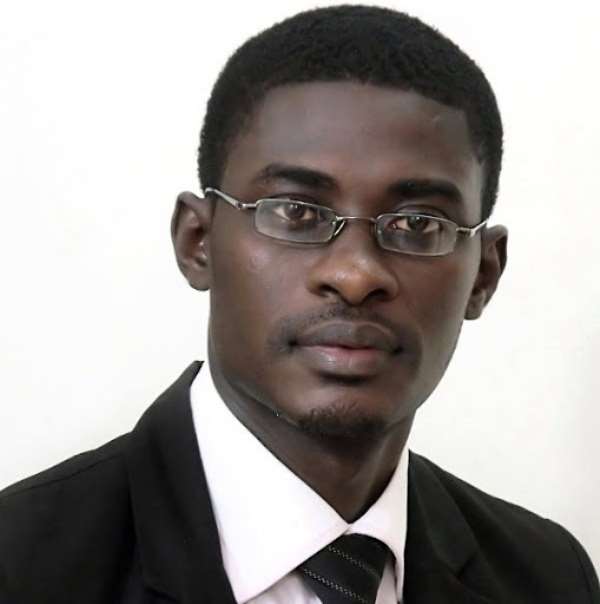 About 11 months ago, the representatives of students of Ghana met in Islamic University College, Accra to elect a new crop of leaders for the 2015/16 National Union of Ghana Students (NUGS) year. Ever since then the Union has not seen peace.

*HIS DIVIDE AND RULE TACTICS*
After elections we expected peace to reign, more especially when the President is a self-proclaimed man of God. Many were of the view that he will change from his dictatorial attitude at Ghana Union of Professional Students (GUPS), more especially where at a point the Union had so much of polarization around it. Ultimately, that was not his aim, despite the countless efforts from his nine other executives. This has become his trade mark. A trade mark of taking sole decisions and divisive tactics. One who is NOT proud of his Father's name 'ANYAGLAH'. Have you wondered why he changed his real identity from MICHAEL KOSHIE ANYAGLAH???.

Documents cited by NUGS FINDER, have it that Michael Paa -Quecy Adu, the NUGS President is operating a one man show at the Union’s Secretariat in Accra. Several attempts by some respected stakeholders and clergy have tried all means possible to get him on track but to no avail.

The NUGS President that made his first appearance in Ghana’s student circles since 2007 as a former Teacher Trainers Association of Ghana (TTAG) president, through to GUPS till date has always been negative, vindictiveness, greed and tyranny against his subordinates. One would have thought that his elevation to the high office of NUGS would have been an eye opener to him, but he has acted contrary to thoughts.

In the wake up to NUGS Congress 2016, he has taking over the roles of his other executives. The NUGS Coordinating Secretary and Projects and Programs Secretary were to be in charge of searching for a suitable venue for congress but he took up that role regardless of their agitations. Unfortunately, he could not properly book for a venue for NUGS Congress that was supposed to have taken place on Wednesday 21st September, 2016. For this reason congress is put on hold until further notice putting the ordinary Ghanaian students he leads into disarray.

We shall not be surprised that together with Yussif Ali, the NUGS Treasurer, (his puppet) he will collect dues and capitation on congress ground himself. Don't even get shocked when you see him personally sharing food and souvenirs during congress because he might do the works of the NUGS Women Commissioner and that of the Projects and Programs Secretary as well.

*MISMANAGEMENT AT ITS PEAK*
P.K. as he affectionately known has surrounded himself with school drop outs and squatters like Kawawa, Kofi Wayo, Kofi Annan, Wonder and these are the people he claims to be his advisors.

Again, it is evident that NUGS is very polarized to the highest magnitude under the very watch of this “Holy Lucifer”. He has exhibited greed, dictatorial and selfish leadership.

With the benefit of Baba Fakunle's soothsaying gift, NUGS Finder can say without any shred of doubt that the larger section of students who contested P.K.’s eligibility to contest last year elections have been vindicated.

The apostles of doom who were following him have today become subject of ridicule.

This is because aside his mismanagement of funds, P.K. has baptized himself in an enviable state of gross thievery of NUGS funds, womanizing, political hypocrisy and chronic lies. He is a no respecter of the very constitution he sworn to uphold.

*DISREGARD FOR RULE OF LAW*
The fact must be established that P.K. on several occasions has attended events in the name of NUGS without the knowledge of any of his executives or NEC members.

Furthermore, he intentionally never brought it to the Central Committee meeting (CC) when the NUGS representative to the Ghana AIDS Commission, Mr. Peter Kwasi Kodjie turned in his resignation letter to enable him contest for NUGS representative for the All Africa Students Union (AASU). Rather, he secretly added this position to his Presidency and has been attending Board meetings taking huge sums of allowances into his craving pocket.

*CORRUPTION AND DAY LIGHT ROBBERY*
There is a saying that that "show me your friend and I will show you your character". We all are witnesses to the unprecedented robbery of an amount ascending GHc190, 000 belonging to the Private Universities Students’ Association of Ghana (PUSAG) from the union's UNIBANK headquarters account this year.

The amount was stolen by one Mohammed Adams Sukparu, former PUSAG president. The Ali Baba of our time, in the student movement was the financier of P.K.’s campaign last year. These are some embarrassing headlines and links of the ‘SukparuGate’ scandal with destroyed the brand of PUSAG.

Cronies of PK went about insulting everyone when this issue popped up. They were heel over toe defending him until Mohammed's secretly refunded 20,000 and 25,000 Ghana cedis, summing up to GH45,000 into the account. Mohammed is currently under interdiction by the Economic and Organized Crime Organization (EOCO).

As we speak today, NUGS Finder is reliably informed that, sponsorship in the form of physical cash received by NUGS during the two day educational conference in July, has not been accounted for by PK.

Holy thou art Lucifer; PK created his own NUGS account and diverted all the Cash into it. This is contrary to what the constitution of NUGS prescribes.

Furthermore, where is the NUGS ford ranger??
*HIS FAILED SUCCESSION PLAN*
Having shown these gross incompetence and thievery ever witnessed in the annals of NUGS, his grand plan is to hand over to a certain Julian Mawuse Cobbinah (Ascobik), another personality who is characterized in womanising, dishonesty and Incompetence. He is chief his advisor and confidant to PK and so and so he must win at all cost so as to cover up his evil and secret deeds.

As such, Ascobik who is notable for criminal deeds and therefore unfit for any position in NUGS, let alone the Presidency is still in the game. The President is moving heaven and earth to influence the Vetting Committee and his own appointed Judicial Board members to get his Partner in Crime (PIC) into the race.

It is for this same Ascobik that the NUGS Congress is in limbo. The Present having realised that the grounds are not fertile for his beloved son (Daddy's son) decided to uphold the congress until further notice.

But will the failed President succeed in his last selfish wish? Would there be a complete congress without any emergency one? What does PK, Mohammed and Ascobik have in common?

Police smoke out Shatta Wale, handcuff him for faking gun at...
42 minutes ago