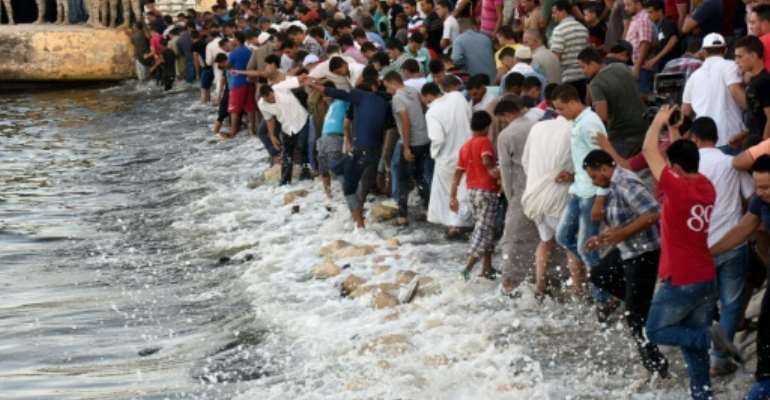 People stand on the shore as they wait for the recovery of bodies during a search operation after a boat carrying migrants capsized off the Egyptian coast. By Mohamed El-Shahed (AFP)

Cairo (AFP) - Rescuers recovered 53 bodies on Friday from a migrant boat that capsized off the Egyptian coast, bringing the death toll from the disaster to at least 108, a health ministry official said.

"There have been 53 bodies recovered as of 11 am (0900 GMT) on Friday," said health ministry official Adel Khalifa.

A provincial official put the toll from the incident on Wednesday at 115. It was not immediately possible to explain the discrepancy between the two figures.