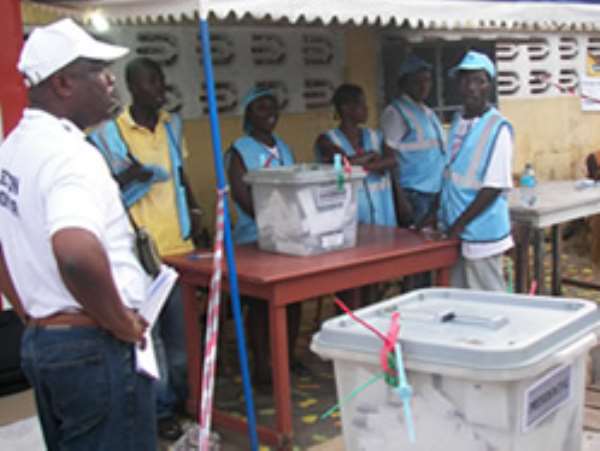 “How fortunate for governments that the people they administrate don’t think”-----Adolf Hitler. Which he followed with: “The great masses of the people will more easily fall victims to a big lie than to a small one.”

I would like to state clearly that, while the first part of the statement may be true the second however, “the voice of the people is the voice of God” is absolutely incorrect and non scriptural.

This is a statement that I have heard many times from my youth, and has been used by the devil to cunningly deceive people into believing that what is popular is of God.

Vox populi, vox Dei is a Latin phrase that means the voice of the people is the voice of God. This expression was first used by Alcuin. Alcuin was an English scholar who was later described by Einhard (a dedicated servant of Charlemagne) as "The most learned man anywhere to be found”.

The full quotation from Alcuin reads:
‘’Nec audiendi qui solent dicere, Vox populi, vox Dei, quum tumultuositas vulgi semper insaniae proxima sit’’, which is translated as; ‘’And those people should not be listened to who keep saying the voice of the people is the voice of God, since the riotousness of the crowd is always very close to madness’’.

The usage indicates that the phrase had long since become an aphorism of common political wisdom better put, a biting aphorism.

According to Alexander Hamilton; ‘’The voice of the people has been said to be the voice of God; and, however generally this maxim has been quoted and believed, it is not true to fact. The people are turbulent and changing, they seldom judge or determine right’’.

While religionists and theologians assume that this is God’s world, it is not! Let me repeat, this is not God’s world—it does not reflect His Way. Its customs, beliefs, values, philosophies, traditions and practices are not of God.

But God is calling—and working with—a small number of people, whom He is training for a very special purpose.

In the book of 1 Samuel 8:5-22, there is a wonderful story of the children of Israel; God’s chosen people who wanted a king at all costs. They came to the man of God named Samuel and told him they wanted a king, he spoke to God, and God told him His mind to speak to the people but they refused to listen. They said they wanted a king like all the other nations and that certainly was not God’s voice or even his mind because he revealed his mind to the king to speak to them but yet still they rebelled. In verse 18 and 19 he told them how wicked the king would be, how he would enslave them and abuse them and that they would cry out to God because of the wickedness of the king but God would not hear them. Nevertheless they refuse to obey Gods voice through his servant.

In the book of 1kings 13: 11 – 25 another story is told of a young prophet who was sent by God on a mission with clear instructions that he should not stop to eat, drink or go back by the way he came. After completing his assignment he left but an older prophet came after him and told him “I am a prophet to, God spoke to me by an angel and said you should come with me to eat, drink etc”. Whilst at home with the old prophet the word of God came to remind him of His instructions from God through the mouth of the same old lying prophet. On his way back he was killed by a lion because he listened to a voice that he thought was the voice of God.

Clearly in these stories the voice that was being heard was not God’s; the people’s choice of a king, was not God’s voice either.

This statement(” the people have spoken and the voice of the people is the voice of God.”) has been used by many people and leaders as a means of deceiving people into believing that decisions made by large groups or crowds of people are representative of God speaking. This is absolutely false and in many cases is used as a means of manipulation.

When the Nation of Israel refused the rule of God through his prophets and insisted on having a king like the other nations God allowed them to choose their own form of government which in their case at that time was a king. Through the centuries different types of governments have arisen some with more merit perhaps than others.

Democracy allows us to choose through the process of voting to put in office the person we think will do the best job. This does not guarantee that the individual chosen is the choice of God to rule the people. Evil men through the democratic process have gained the upper hand and became dictators.

This is why people of faith should pray for wisdom from God to make the right choice at election time. However whether we win or not we are to honor and obey those who rule over us while they are in office according to Romans 13:1-7.

A man may not be the choice of God but if enough people who do not know God or His ways vote for the man he is going to get into office. This is why people of faith should pray for wisdom and seek to discern the will of God at election time. Sometimes we make a mistake or we are outnumbered.

Furthermore, once the man is in office we must honor and obey him as our leader according to Romans 13:1-7 unless he orders us to disobey God.

If he gives us a law that requires us to act contrary to the law of God, it is NOT valid! As Christians we have a right to disobey that law. According to Acts 5:25-29, the apostles been commanded by the rulers not to preach the Word of God. Peter stood against the rulers and boldly said; IT IS BETTER TO OBEY GOD THAN MEN. The apostles continued to preach the gospel as Christ had commanded them to do in Matthew 28:18-20, and Mark 16:15-16.

Politicians who give freebies during elections equally claim that the voice of the people is the voice of God. I disagree strongly. Rather it’s MONEY that spoke and Ecclesiastes 10:19 says “money answereth all things.”

Other than that why do they campaign during elections If God has already chosen them to lead? Many at times Politicians share money during election and in some cases are able to buy elections. So let’s be very clear about this.

When it relates to politics, be informed that God plays no part in politics. God may have allowed the corrupted elements to succeed in buying votes to win the election; however, he played no part in what went on in choosing a political leader. God is a spirit and they that worship him must worship him in truth and in spirit.

The basic tenet of politics is falsity. A politician is defined as a schemer who tries to gain advantage in an organization in sly or underhanded ways. (Word web)

The bible says MANY ARE CALLED BUT FEW ARE CHOSEN!! That in itself is an indication that the voice of ‘the masses’ many times will be contrary to the will of our creator!!

I wish that persons of the faith would speak more forcefully to the involvement of representatives of ‘Christianity’ or ‘the faith’, in a POLITICAL CAMPAIGN riddled with hurtful, derogatory and denigrating utterances never once challenged by them as being ‘UNGODLY’

In Exodus 32, the people saw that Moses was so long in coming down from the mountain, they gathered around Aaron and said, “Come, make us gods who will go before us. As for this fellow Moses who brought us up out of Egypt, we don’t know what has happened to him.” Aaron heeded to their call (the voice of the people) and instructed the people to “Take off the gold earrings that your wives, your sons and your daughters are wearing, and bring them to me. It would interest you to read the rest of the story but my line of reasoning here is; the voice of the people resulted in the making of the golden calf……..But was that the voice of God?

Consider also; Our Blessed savior was delivered by the Jews to Pilate their Governor. Pilate, although heathen tried all ways to save Jesus, and being the custom at the feast of the Passover, to release to them a prisoner ,at their choice, he propose to them Christ or Barabbas(a murderer and robber).

And what was the voice (the wish) of the people?
John 18:40 reads; But they shouted back, "No! Not this man. We want Barabbas!"

Pilate asked, “What shall I do, then, with Jesus who is called the Messiah?”. They all answered, "Crucify him!"(Matthew 27:22).As soon as the chief priests and their officials saw him, they shouted, "Crucify! Crucify!" But Pilate answered, "You take him and crucify him. As for me, I find no basis for a charge against him."(John 19:6)

When Pilate saw that he was getting nowhere, but that instead an uproar was starting, he took water and washed his hands in front of the crowd. "I am innocent of this man's blood," he said. "It is your responsibility!"(Matthew 27:24)

Wanting to satisfy the crowd, Pilate released Barabbas to them. He had Jesus flogged, and handed him over to be crucified. (Mark 15:15)

Even in our political history, we are told that the citizens had cried (voice of the people) "let the blood flow" prior to and after June 4th, 1979. But was that the voice of God at all?

I believe your answer is an emphatic No.
For it is God's will that by doing good you should silence the ignorant talk of foolish people. (1 peter 2:15­)

Look carefully then how you walk, not as unwise men but as wise, making the most of the time, because the days are evil. Therefore do not be foolish, but understand what the will of the Lord is. And do not get drunk with wine, for that is debauchery; but be filled with the Spirit, addressing one another in psalms and hymns and spiritual songs, singing and making melody to the Lord with all your heart, always and for everything giving thanks in the name of our Lord Jesus Christ to God the Father.( Ephesians 5:15-20)

"All tyranny needs to gain a foothold is for people of good conscience to remain silent."-- Thomas Jefferson