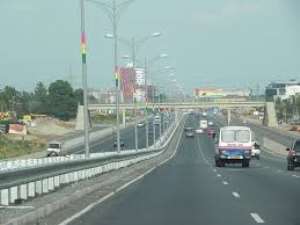 Road transport by far carries more passengers in country than the combined rail, river, foot and air yet it is one of the areas where abundance of regulatory gaps has led to non-standardization and a clear direction for strategic growth. Road transport and road related accidents kill more people in the country than malaria, cholera and tuberculosis combined.

Regulations in other modes of transport

Ghana like many countries has regulatory bodies to regulate other modes of transport. For example, the Ghana Civil Aviation Authority (GCAA) regulates the air transports in the country and brings about standards and safety in line with international best practices. The Ghana Railway Authority (GRA) on the other hand regulates rail transport with the Ghana Maritime Authority (GMA) regulating marine transports in the country. The presence of these regulatory bodies has not only brought about safety but also clear direction for these sectors whilst becoming the conduit for implementing government policies in these sectors. These bodies register operators, set standards, receive complaints from both operators and consumers and address them.

The Current State of Road Transport Co-ordination in the Country.

The current state of affairs in the road transport management and coordination system has it that the Driver Vehicle and Licensing Authority (DVLA) registers vehicles and drivers. The Police Motor Traffic Department (MTU) is mandated to enforcement of rules and regulations whilst the National Road Safety Commission (NRSC) promotes road safety education. These agencies have worked well within the limits of the mandates. The absence of an overarching body setting policies, standards and regulation has resulted in stunted growth of the sector coupled with low standards impacting on safety and loss of producer and consumer welfare.

The State of Affairs Bus Transport Sector in Ghana

Government’s inability to take a leading role in providing passenger transport services has resulted the private sector filling in the gaps. The role of the private sector in this regard has been remarkable since more than 90% of road passenger traffic in the country are conveyed by the same. The absence of a well-regulated transport sector in Ghana showcases the weakness and gaps in the policy arena and this need to be addressed with the urgency it requires.

It is certainly not feasible and desirable for an entity to be a player and referee at the same time. And this is what pertains in the passenger transport. Most transport unions regulate themselves with their own sets of laws.

On average, most Ghanaians commute via public transport, which is provided mainly by a large number of individual operators mostly in the informal sector. In Accra alone, the modal share for informal transport is more than 70%. Private operators dominate the industry with the Metro Mass Transit Ltd (MMT) contributing less than 5% of the total passenger traffic.

According to a research conducted by CUTS International under the Competition Reforms in Key Markets for Enhancing Social and Economic Welfare in Developing Countries (CREW Project) it has been revealed that some of the transport Unions adopt unfair means to make it difficult for ‘new entrants’ and also protect self-interests while negotiating fares.

Such evidence seem to have belittled the good work that associations like the Ghana Private Road Transport Union (GPRTU) and Progressive Owners Transport Association (PROTOA) have done in improving the bus transport industry overall and in ensuring that drivers adhere to the safety rules and regulations outlined by the MoT and its relevant agencies. However, the absence of a comprehensive regulatory framework for the passenger transport sector in Ghana seems to have promoted anti-competitive tendencies in the sector. Having a regulatory authority would further attract private investments and partnership from private firms and individuals in the sector – by improving its predictability.

From the CREW Project research, it was also revealed that some unions act in unfair and illegal manner. For example, individuals acting in the jurisdiction of the unions usually assume responsibility for terminals owned by metropolitan, municipal and district assemblies (MMDA’s) with the practices of market allocation and forceful exclusion of other non-associated bus operators from such terminals. This results in associations getting into anti-competitive practices and distorting the market.

The Government of Ghana, through the Ministry of Transport has realized the need for effective regulation in the transport sector and has proposed a Road Transport Authority (RTA) to improve services and performance in the sector. The findings of the CREW project echo the fragmented nature of the passenger transport sector due to unrestricted entry by private bus operators.

The Ministry of Transport (MOT) with the support from the European Union (EU) engaged a consulting firm to advise the ministry on the relevance of the road transport authority (RTA) and to provide the framework legislation of the same. One of the key recommendations of the report was to (a) Set up the RTA with general powers for policy formulation, quality control, standards management, complaints handling and general monitoring of road transport operations and (b) The quality control and standards function will be the most appropriate point to start in the RTA’s role out plan as they are currently not being performed by any existing entity.

Regrettably, almost three years since the report was submitted to the Ministry, it has not received the needed traction on the side of government. Certainly, government under the IMF bail may be weary of setting up a new body which would be a burden on the public purse. However, there will is an efficient way of going about without it necessarily becoming a financial burden. That is to let the authority work through the newly created transport departments in the metropolitan, municipal and district assemblies (MMDA). This will lead to effective decentralization whilst making the assemblies the owners and the implementers of the policy.