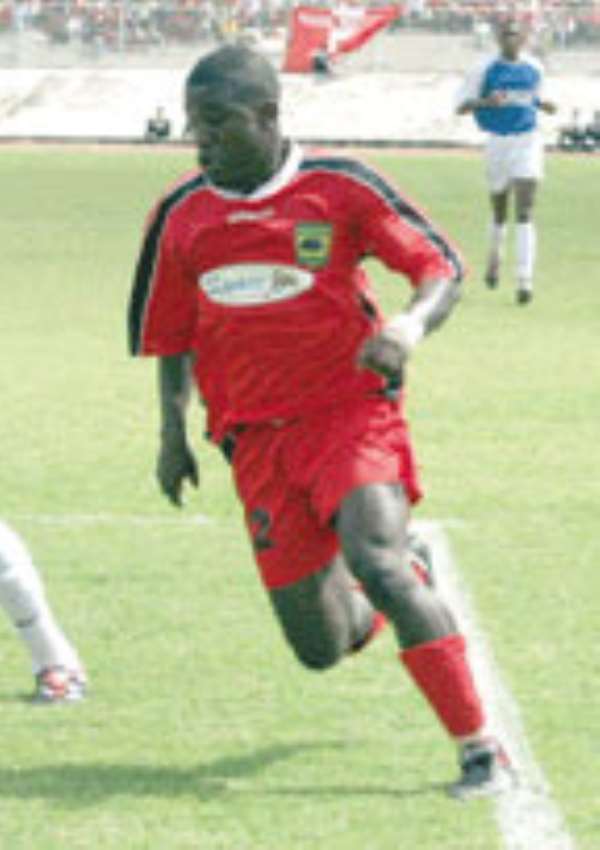 There was wild jubilation in the Kumasi city immediately Malian referee, Coulibaly Koman ended proceedings when news filtered through that Enugu Rangers had drawn in their match against Petro Athletico of Angola.

Kotoko's coach Hans Dieter Schmidst hugged his players in jubilation with the realisation that Kotoko had qualified for the finals.

Despite the jubilation, however, it is not very certain if indeed Kotoko had qualified for the finals since it is still not clear whether CAF will stick to its decision to use head-to-head regulation to determine the winner when two teams tied on points.

Kotoko at the blast of the whistle for the commencement of the match, made no secret of their determination to carry the day when Charles Taylor's free kick in the seventh minute was tipped over the bar by goalkeeper El Muz Mahgoub.

Al-Hilal adopted a strategy to defend the two goals they scored against Kotoko in the first leg in Khartoum and resorted to defensive play allowing Kotoko a lot of room to operate.

Living up to prediction to win convincingly, Kotoko shot into the lead in the ninth minute through Nana Arhin Duah (pictured) who connected beautifully Michael Osei's neat laid-on pass.

Unrelenting in their attack, Kotoko kept the heat on Al-Hilal and in the 25th minute, Charles Taylor who moved deep into the visitor's penalty box was brought down but the referee ignored the offence thus letting Al-Hilal off the hook.

Michael Osei who played one of his best games in recent times however in the 34th minute lifted the ball over the bar after Taylor who had meandered his way through the Al-Hilal defence gave him a pass.

A minute later Arhin Duah also shot over the bar after a two-man move with Taylor.

The break for the unrelenting Kotoko attackers came in the 44th minute when Michael Osei scored Kotoko's second goal in a goalmouth action after Charles Taylor's corner kick created confusion in the Al-Hilal penalty box.

Back from recess, Al-Hilal pulled out Anwar Abdel Fadil for Kalid Abdel Aziz and this brought some life into their game as they abandoned their defensive posture and carried the game to Kotoko.

In one of their moves in the 49th minute, Abdel Aziz had a golden opportunity to reduce the tally for his side when he was confronted with only goalkeeper George Owu but surprisingly he shot the ball feeble into the keepers hands.

Al-Hilal in the 53rd minute again were presented with yet another opportunity to reduce the tally but Hythm Kamal fumbled in front of goal.

Kotoko pulled out Michael Osei and Charles Taylor for Shilla Alhassan and Imbola Sanje in the 65th and 66th minutes respectively and again sent on William Tiero who has now fully recovered for Nana Arhin Duah in the 71st minute.

This brought more bite into their attack and in the 78th minute, but substitute Imbola shot over the bar at close range. From then it was obvious that Kotoko would not be denied a third goal and it actually did come in the 87th minute through Edmund Owusu-Ansah through a swift move from midfield.