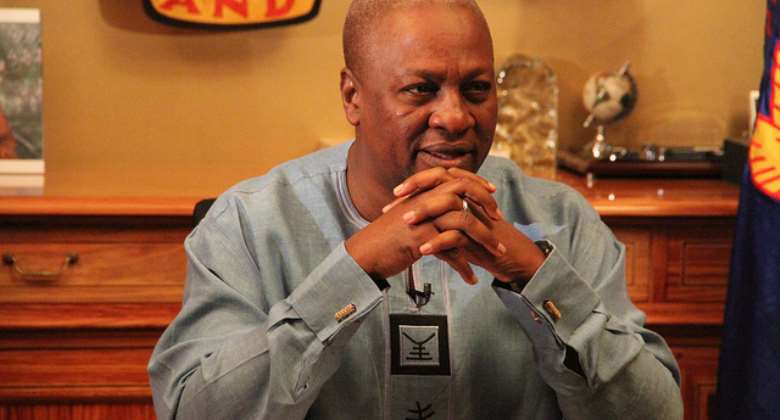 "...(W)hen Mr. K. T. Hammond appeared before the Commission..., he presented...a sealed envelop which he said contained relevant documents on the matter. When he was questioned....he told the Commission that it was a Good Samaritan who placed it in his pigeon hole in Parliament to assist him...He, however, could not tell the Commission who this Good Samaritan was..", (Justice Appau Commission "Statement" on GNPC Drill Ship "Scandal").

For the past several weeks since Mr. Mahama's government issued the so-called "WHITE PAPER ON COMMISSION OF ENQUIRY INTO JUDGEMENT DEBT", we've been on a hunt for a copy of the original report by Justice Appau. That is the document the Mahama government, apparently, utilized to carve the "White Paper" dated "November, 2015". That paper, among other actions, ordered investigation of Attorney Kobina Tahir "Hybrid" Hammond, the NPP MP for Adansi Asokwa, for causing financial loss to Ghana.

We've not been successful at obtaining a copy of the original Justice Appau report. Nevertheless, the Mahama administration has posted a copy of that "White Paper" on the website of the Government of Ghana, (See Note 3). Oddly, the Mahama administration has not posted the original document on that same webpage. That action on their part, would allow every objective and impartial mind to decide for themselves the fairness of that "White Paper".

As such, at this point, the only positive value of the Mahama "White Paper" is the fact that the Justice Appau Commission Report covered many more "Judgement Debt Payments", in addition to the "GNPC DRILL SHIP SCANDAL" at bottom of order against Mr. "Hybrid" Hammond.

But, that is precisely the Report now hidden by Mr. Mahama and his Team, transparency and accountability be damned.

Fortunately, we were able to find a copy of a document titled "JUDGEMENT DEBT COMMISSION'S STATEMENT ON GNPC DRILL SHIP SCANDAL".

That, we must say, was Providence working in the name of unbiased, Ghana-Centeredness. You see, we were working on a follow-up essay on the Adansi Asokwa NPP MP and his role in the continuing loss of more than $8 billion in oil revenues to Ghana and his shameful resistance to the Freedom of Information bill.

"...when Mr. K. T. Hammond appeared before the Commission..., he presented...a sealed envelop which he said contained relevant documents on the matter. When he was questioned on how he came by the sealed envelop...., he told the Commission that it was a Good Samaritan who placed it in his pigeon hole in Parliament to assist him present his case. He, however, could not tell the Commission who this Good Samaritan was...The totality of these developments raises strong suspicion that the whole transaction of the Drillship ‘Discoverer 511’ is shrouded in mystery. .."

And so, as a result of that "Statement" by the Justice Appau Commission, we are now able to able to objectively evaluate Mr. Mahama's "White Paper" and the Commission's "Statement", side-by-side, so to speak.

We can confirm that the Justice Appau Commission "Statement", without redacts or self-serving cherry-picking by MR. Mahama's Government, actually says that our Adansi Asokwa NPP MP, Mr. Kobina Tahir "Hybrid" Hammond, effectively caused as musch as $5.5 million financial loss to ghana with respect tothe sale of the GNPC Drill Ship.

Readers can obtain a copy of the Justice Appau Commission "Statement" on the GNPC Drill Ship scandal at www.GhanaHero.Com.FOIB. (See Items No. 13 and 14, under "Recommended General Documents".

Moving forward, we've also recently learned that copies of the Justice Appau Commission Report, the document Mr. Mahama is thus far keeping close to his chest, has already been leaked to some individuals. According to Ghana's premiere whistle-blower Attorney Martin Amidu:

"...When one reads the leaked report of the sole judgment debt commissioner one is left in no doubt of the excellent work the commissioner had been able to undertake within the short period at his disposal for such an enormous assignment. Of course as a distinguished lawyer who had risen from the High Court to the Court of Appeal, the erudition displayed in his work attests to his competence as a judge that ought to make members of the legal profession and fellow citizens proud..."

It is hell-raising glorious that people like Mr. Amidu have sources that will deliver to them copies of documents held at the chest by Mr. Mahama, via leaks.

At the same town, we are also sure that every person reading this essay would also like to see the original Justice Appau report. To the point, everyone would like to confirm that the Justice Appau Commission's "Statement" is as Ghana-Centered to the core as represented by Mr. Amidu to those of us who were not privy to the "leak", and that the Mr. Mahama's "White Paper" is well-bounded by that original foundation that is now hidden by Mr. Mahama and his Team.

Here is an administrative theory and fact for Mr. Mahama and his team!

FACT: In accordance with Max Webber's principles of administration and hierarcy, we all know that the Justice Appau Commission "Report" that was delivered to the Government of Ghana was agreed to by Mr. Mahama, word-for-word, before Justice Appau and his staff hit the "Print" button for the "Final" that was delivered to Mr. Mahama at the Flagstaff House.

Therefore, there is absolutely no reason why the Commission's paper has not been released by Mr. Mahama in its entirety.

That report, after all, was paid for by the People!

That "Report", after all, is not a State Secret!

That "Report", after all, belongs to the People!

THEREFORE, until Mr. Mahama's government publishes the Justice Appau "Commission of Inquiry Report on Payment of Judgment Debts" on that same website where they have proudly posted their "White Paper", we are inclined to also believe that the Mahama "White Paper" is not Ghana-Centered.

On the contrary, it is a cheap Mahama-NDC ploy to influence the outcome of the up-coming elections, in favor of the NDC party.

So it goes, Ghana!
SOURCES/NOTES
1. Visit GhanaHero.Com and send us a note if you have a copy of the Justice Appau Commission Report on Payment of Judgment Debts, or any other document you believe might be useful information for the public.

GhanaHero.Com & Prof Lungu Policy on Sources:
Our essays are data- and evidence-driven. But they are not written to the standards of a journal or peer review article. We only provide detailed sources and references to persons and entities who are serious from an intellectual frame of reference. Contact us via www.GhanaHero.com, if you need a copy of a final paper on any subject we've tackled. Contact us, too, if you need a copy of a document we've referenced or discussed in any paper, including this one.

Brought to you courtesy www.GhanaHero.com©10 December, 2015.