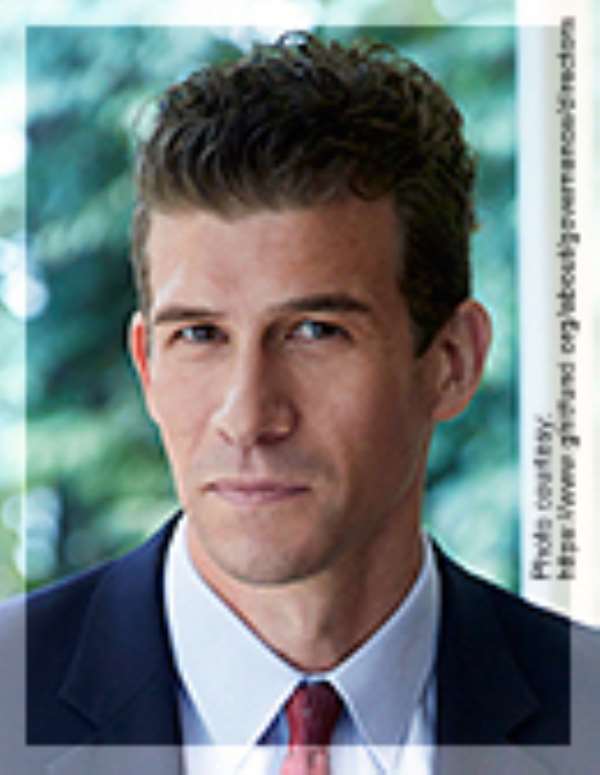 (CNS): An additional investment of US$ 10.7 million has been announced by Global Health Innovative Technology Fund (GHIT Fund) to find more effective tools to control and eliminate TB, malaria, dengue and leishmaniasis. Dr BT Slingsby, CEO of GHIT Fund spoke with CNS (Citizen News Service) before this announcement: "We have been investing in these diseases for over 2 years now.

Antimicrobial resistance has been creeping up, particularly in Asia, making drugs used to treat TB and malaria ineffective. If we look at dengue, after a gap of 70 years, Japan had a major spread of dengue 2 years ago.

Controlling and eliminating these diseases is very important for global health. Without right interventions and right innovations in place it will be very difficult to effectively eliminate, and in some cases, eradicate these diseases."

The new investment into research has come at a very crucial time for all four diseases: new drugs and vaccines for TB and malaria are desperately needed to fight rising resistance to existing therapies, while dengue infections continue to mount worldwide - and with no drugs or vaccines yet on the market to treat or prevent them. Meanwhile, disease experts fear the chaos caused by the war in Syria and neighboring Iraq could greatly intensify infections with leishmaniasis, a dangerous and potentially deadly disease spread by sandflies.

"Right now, we do not have the right tools to effectively control, eliminate or eradicate these 4 diseases. We want to use Japanese innovation and technology, capabilities and capacities of pharmaceuticals, research institutions and academia, to drive forward the development of these new technologies for global health. We are trying to do that quickly - and as urgently as possible!" said Dr Slingsby.

According to the latest WHO estimates, released in September 2015, there were 214 million cases of malaria and 438,000 deaths. "Unless we have new technologies that are effective against drug-resistant strains of malaria we are actually, in a way, adding to the problem" said Dr Slingsby. That is why GHIT Fund is awarding US$ 297,133 to support a partnership between the Takeda Pharmaceutical Company Limited, Medicines for Malaria Venture (MMV), and the University of Melbourne. The three organizations are working together to develop tests or “assays” that would enable them to find a way to overcome the malaria parasite’s drug resistance.

They will work to identify compounds capable of inhibiting proteasome activity within the cells of malaria parasites, the action that is so critical to the parasite's survival. Preliminary evidence suggests that proteasome inhibitors, a class of drugs currently used as anticancer agents, might have the potential to restore the effectiveness of the world's leading malaria drug, artemisinin, and its derivatives.

In Greater Mekong Subregion of Southeast Asia, malaria drugs are losing their effectiveness, as malaria parasites develop resistance to both artemisinin medications and the 'partner' drugs administered alongside them. Taken together they are known as 'artemisinin combination therapies' (or ACTs) and are the current gold standard for malaria care.

"These projects are in early stage of development, but build on Takeda’s work with proteasome inhibitors, which has already led to new medicines for other diseases, including certain types of cancer," said Dr Timothy Wells, chief scientific officer at Medicines for Malaria Venture (MMV). "Combining proteasome expertise with malaria expertise represents a very innovative approach."

Finding tools to control both: visceral and cutaneous leishmaniasis

Without effective tools how will we control and eliminate dengue?

The incidence of dengue has grown dramatically around the world in recent decades. "We want to continue to invest in dengue related research because there are many dengue strains (serotypes) and it could be difficult to control dengue throughout the world with any single vaccine or product so research is very important to find effective tools [for dengue control]" said Dr Slingsby.

GHIT has awarded US$ 612,902 to the European Vaccine Initiative (EVI), Nagasaki University, and the Institut Pasteur to manufacture a clinical grade formulation and conduct preclinical testing of a dengue vaccine candidate that is intended to provide protection against all four serotypes of the dengue virus. The project is the second dengue vaccine project to join GHIT’s portfolio.

Will a better vaccine accelerate efforts to end TB?

Nine million people fell ill with TB and 1.5 million died in 2013. The currently most widely used anti-TB vaccine in the world, Bacille Calmette-Guérin (BCG) vaccine, protects children against serious forms of TB to some extent but has largely failed to eliminate the disease, due to its limited efficacy. Research and development for new vaccines would have the biggest impact on the epidemic, and remains the cornerstone to reaching global elimination within the coming decades.

Dr Slingsby informed that "GHIT Fund has invested in supporting ongoing research of a TB vaccine candidate which will enter its Phase 2b of clinical trials (which will test its safety and efficacy). It is likely that results may come by third quarter of 2018."

GHIT awarded US$ 1.4 million to Dartmouth College (US), Tanzania's Muhimbili University of Health and Allied Sciences (MUHAS), and Tokyo Medical and Dental University (TMDU) to conduct a randomized clinical trial in Tanzania aimed at evaluating the safety and efficacy of a booster TB vaccine known as DAR-901. DAR-901 will be administered to 13-15-year-old participants who received the standard TB vaccine at birth - BCG. Newborn immunization with BCG is generally only effective for 10-15 years and DAR-901 is designed to boost and prolong this protection against TB. The study is currently undergoing appropriate regulatory and ethical evaluations in Tanzania. This is the second TB vaccine in the GHIT portfolio.

Undoubtedly we need better and more effective tools to control and eliminate these four diseases, and alongside, we need to use existing tools and technologies as judiciously as possible. Investment in global health research should not be on the decline and this yet another push for innovations and research by GHIT Fund is indeed a promising one!