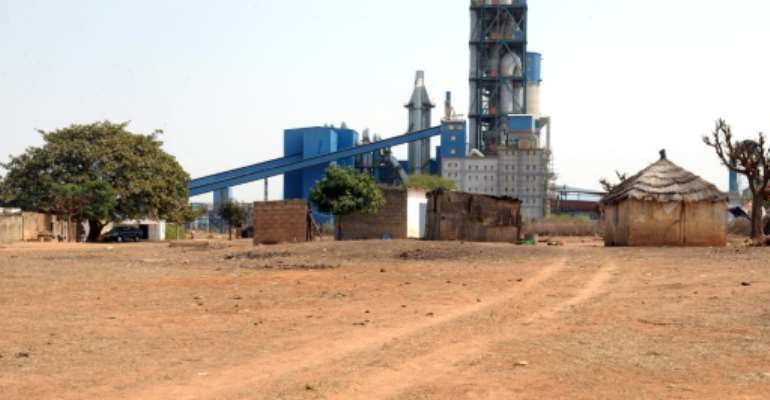 A Dangote Industries cement plant under construction in Pout, some 50 km from Dakar, on February 6, 2014. By Seyllou (AFP)

The project is expected to add 25 million tonnes of capacity across 11 African countries and Nepal, Dangote said in a statement on Wednesday, according to Bloomberg News.

The new plants will increase capacity to around 71 million tonnes and Dangote is targeting further gains to about 100 million tonnes by 2020, Dangote said in a speech in Lagos, according to Bloomberg.

"We are progressing very aggressively. Africa will not lack cement," it quoted the billionaire as saying.

Speaking at a ceremony to inaugurate a $400 million plant in Zambia earlier this month, Dangote said cement production was a "symbol of African development."