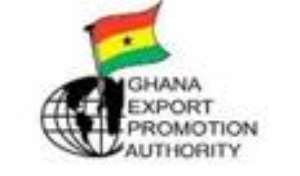 The manual would be used to educate operators in the groundnut value chain to meet food safety standard requirements in the European markets.

The manual has been structured into three main training components targeting producers, processors, exporters and other stakeholders in the value chain processes.

The Trade Related Assistance and Quality Enabling Programme (TRAQUE) sponsored the development of the manual, to enable operators to meet food safety standards requirements of the EU market.

The optimum application of the manual would eventually strengthen aflatoxin controls along the groundnut value chain as well as compliance challenges related to the infestation.

The GEPA said from 2009 to 2013, analytical results from EU control laboratories reported that aflatoxin levels exceeded European Union limits for groundnut and peanut butter from Ghana.

This necessitated the EU to impose import controls for groundnut from Ghana with a new health certificate requirement and a 50 per cent level of testing to be conducted on all groundnut imports from Ghana.

The GEPA said through effective use of the manual, operators would update and strengthen their knowledge, insight and skills on how to reduce aflatoxin infestation in groundnuts.

With the development of the manual, the GEPA has started organising training workshops for groundnut farmers in five of the 11 districts in the Upper West Region, with corrective and preventive measures to reduce the incidence of aflatoxin in groundnut value chain.

The districts are: Nadowli, Jirapa, Lawra, Sissala East and Sissala West, which had a high potential for groundnut production.

Mr Suglo said the objective of the manual is to provide comprehensive information on the salient factors affecting the groundnut value chain for value chain actors.

He said the manual was prepared with a view that its users would be agents of training, production and marketing of high quality groundnuts, capable of competing in the international markets.

The farmers were also taken through a field practical session, including pre-harvest operations, selection of good site and seeds, on-farm practices, off-farm practices, quality and assurance and risk management, among others.

Mrs Adwowa A. Ammah-Tagoe, the Head of Training at Ghana Export Promotion Authority (GEPA), said the GEPA was working hard with other state organizations, such as the Ghana Standards Authority, Environmental Protection Authority, Water Resource Commission, Food and Drugs Authority, District Assemblies and Plant Protection and Regulatory Services Directorate, to reduce the incidence of aflatoxin in groundnuts.

The GEPA was also working with other similar organizations, such the US Food and Drugs Administration and the UK Food Standards Agency, among others, to play a collective role to ensure food safety in the food supply chain.

She urged the farmers to be agents of change and embrace the best practices taught them and also train other farmers in the communities to adopt the skills and knowledge they have acquired.

The EU funded 18 months Project, under the TRAQUE, to support GEPA in the areas of export quality management and market information for selected agricultural products, would end this year.