Killing In The Name Of” Religion” 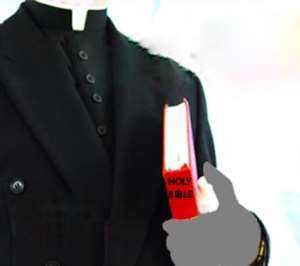 I feel no injustice surpasses the unjust killing of innocent people for what they believe in. In the world we live today, crazy and bizarre ideologies that claim to have emanated from “God “are surprisingly but unpleasantly becoming popular. Curious groups that attempt to enforce their weird beliefs and practice on humanity abound. Terrorists who hide under the guise of certain religions to proselytize new converts and who seem to have lost faith, human feelings and direction are getting new converts.

For instance, deranged and merciless groups such as Boko Haram, ISIS and the Buddhists in Myanmar claim to be fighting for a cause. However, it is a misnomer to call these Misanthropes who hold the human race to ransom as religious. They are people who on the surface appear to be preaching religion, but practice almost all the vilest things the Almighty God detests.

What justification would warrant people who chant and preach God to persecute, kill by disemboweling, rape, slit the throat of victims, bury people alive or set them ablaze? I don’t have enough words to list ALL the violent ways and barbaric manner through which victims are subjected to painful death by the so-called hardhearted proselytizing “agents” of God.

I could not sleep on that inauspicious day I had the misfortune to watch gory pictures of devilish Buddhists in their cultist like red robes supervising the executions of hundreds of vulnerable Rohingya children and women in Myanmar. The madness, inhumanity and godlessness those pictures of murdered Rohingya minority Muslims in cold blood on meilitu.com photo depict is better imagined. The photos are pathetic.

As observed by Rich Deem on godandscience.org, some religious zealots have committed “atrocities against other religious and non-religious people, however, atheists have committed far more atrocities than all religious groups combined. The key factor in these atrocities, according to deem, “has been totalitarian power, rather than religion, which has resulted in these hundreds of millions of murders.” He further corroborated this claim with lists of 22 atheistic regimes that committed 153,368,610 murders in the 20th century alone.

Atheistic regimes have committed atrocious democide indeed. But people who propagate religion are ordinarily expected to protect the sanctity of life. So when they do the opposite it will appear weird. killing of an innocent soul is a major sin that carries heavy burden. Thus both Christianity and Islam prohibit murder. This is perhaps Why Jesus (AS) said, “Keep far from a false charge, and do not kill the innocent and righteous, for I will not acquit the wicked.” In the Same Vein, Islam also places high premium on sacredness of life.

The Quran says, “For this reason, we made it a law for the children of Israel that the killing of a person for reasons other than legal retaliation or for stopping corruption in the land is as great a sin as murdering all of mankind. However, to save a life would be as great a virtue as to save all of mankind.” Buddhism also encourages nurturing of a mind of compassion and a filial piety. "A disciple of the Buddha shall not himself kill, encourage others to kill, kill by expedient means, praise killing, rejoice at witnessing killing, or kill through incantation or deviant mantras. He must not create the causes, conditions, methods, or karma of killing, and shall not intentionally kill any living creature."

Religion commands us to love one another, warns us against committing licentious acts such as adultery, Murder, stealing and to love our neighbors as we love ourselves. SO WHY DO WE KILL IN THE NAME OF RELIGION?

2022 budget: Kyei-Mensah-Bonsu not trustworthy, he reneged o...
40 minutes ago