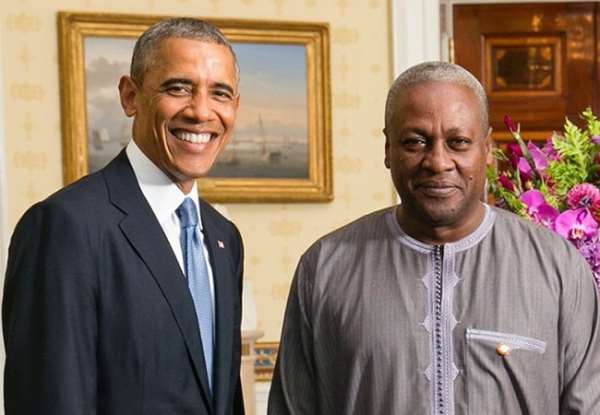 Last December, on my Facebook wall, hell came tumbling onto mother earth when I likened President John Mahama's speech on corruption to a drunken talk. To the loyal devotees of the ruling National Democratic Congress (NDC), I had insulted the President of the Republic.

With what did they analyze that statement and reached that absurd conclusion after I had provided hard facts on corruption in this administration and the President's inactions? Did they reason with their heads? No! Definitely not! They probably did so with their hearts. If they had reasoned with their heads, they would have thought about what our sages of old often said of drunken talks: “It is what a man says in the morning that is taken seriously. Whatever he says in the night can be taken for a drunken talk,” they said.

This saying was very popular in those days when technology was yet to move beyond sailing. Life was good and our fathers feasted every night on locally brewed gins. On moonlit nights, the men of Anyako gathered around gourds of “liya”, those in the Asante-Akyem area congregated around kegs of palm wine while my ancestors in Bongo sat around gigantic pots of potent pito. On such nights when strong wine entered and took control of the head, even the most sensible of men whose words held sway in their communities slipped as they unfolded their tongues on various subjects. A man with wine in his head may speak, but he actually does not know what he is saying.

Simply put, a drunken talk is one in which the speaker doesn't know what they are saying. It's like a man making a promise to his wife as he reaches orgasm. That's how President Mahama sounds when he talks about corruption and his promises to fight it. I may not be politically correct, but I am correct. The President's pronouncements on corruption should be treated as a promise a man makes to his wife at the peak of his libidinal ecstasy.

Do you still think likening the President's speech on corruption to a drunken talk is an insult? Then listen to the following harrowing tales and judge:

On November 15, 2013, President Mahama met with the Commission on Human Rights and Administrative Justice (CHRAJ) and said:

“Secure refunds of monies wrongfully paid to or appropriated by any individuals or companies from contracts with SADA, GYEEDA, and the Ghana Revenue Authority (GRA) …”

A little bit of background will help those who are not conversant with these issues. The state is supposed to retrieve over GH¢203million from service providers of the Ghana Youth Employment and Entrepreneurial Development Agency.

From the contract between the Ghana Revenue Authority (GRA) and Subah Info Solutions, the amount involved was about GH¢76million.

If you set aside the GH¢32million paid to Roland Agambire's construction firm, ACI Construction, to undertake the failed tree planting project, we still know that GH¢15million was also given to Asongtaba to undertake a guinea fowl rearing project, which never materialized.

The President also said in that meeting with CHRAJ that “I have instructed the Minister for Finance and Minister for Justice and Attorney General to review and advice on a suspension of the contract with Subah Infosolutions as the contract was not signed by the appropriate authorized Government representative.”

The nation is said to have lost about GH¢76 million in the Subah contract for no work done.

What we saw with the Subah scandal was a shambolic committee, which later published an intellectually deficient report which claimed the contract was valid. The report did not only make the President's comment about the validity of the contract appear stupid but it failed to tell us the work Subah actually did to deserve payment. Subah would later be paraded as having helped to arrest simbox fraudsters. Can darkness drive out darkness?

The Auditor-General's report has revealed that more money ought to be collected from GYEEDA and SADA scandals, but it looks like no one is enforcing this. The monies have not been collected and some of the players in recent corruption allegations are sipping sobolo in their new positions. The Minister of State in Charge of SADA, for instance, who supervised the rot and the senseless travels has been appointed to oversee the sports ministry.

Recently, Alfred Agbesi Woyome, the man at the center of the fraudulent payment of GHc51.2million judgment debt was acquitted and discharged by the court and the nation went berserk. But we all know Woyome is not an armed robber. He did not carry a gun to the Bank of Ghana to steal our money. Some ministers and government officials carried the money to him and even justified it. So why are those people free?

When I asked the Minister of Justice and Attorney-General, Marieta Brew Appiah-Oppong, about this she said before she was appointed, a decision had been taken not to prosecute Betty Mould Iddrisu, Ebo Barton Odro, Neequaye Tetteh, Paul Asimenu and others who played various roles in the scandal.

So if you have a president presiding over all these rots and still talks about fighting corruption, do you take him seriously?

But it is dishonest for the president to say he ordered the investigation of the National Service Scheme. The National Security and the BNI discovered the rot and initiated their own investigation. It was not at the instance of the President. In fact, the only reason the investigation was leaked to the media was because the work of the BNI was being frustrated by powers above them.

From what I know, the BNI and National Security carry out such investigations from time to time and submit damning reports to the Presidency. If the President and his men would act on the good work the security agencies are doing, they would not need any committee to unearth corrupt deals in this country.

President John Mahama should stop pretending he is fighting corruption. You don't fight corruption by shielding the corrupt officials from prosecution. Elsewhere, there are no incentives for corruption.

When I landed on American soil last year, I asked myself whether politicians there still had promises to make to voters. It is as if they are living in paradise and lack nothing. Another question that kept ringing in my head, as I watched with awe their level of advancement, was whether they had corrupt leaders at all.

But before I finished touring the five states of the world's richest and most powerful nation, however, I was convinced that America had corrupt leaders and politicians. There are only two main differences between the corruption in America and the corruption in Ghana:

In America, politicians and government officials steal peanuts when you compare their deals with what happens in Ghana and Africa. The second reason is that corrupt politicians and government officials in the United States are punished. And evidence of this abounds in the states we visited and learnt from our interaction with American journalists and civil society groups. Americans are ruthless with corrupt officials.

Jesse Jackson Jnr., 48, was sentenced to 30 months in prison for looting his campaign fund of $750,000. He pleaded guilty to stealing $750,000 from his campaign from 2005 to 2012 to pay for luxury items, vacations, furs, celebrity memorabilia and even a pair of stuffed elk heads. In addition to prison time, he was ordered to pay $750,000 in restitution.

Jackson Jr.'s wife, Sandi, a former Chicago alderman, was convicted on a tax violation related to her misuse of campaign funds. She was sentenced to a 12-month prison term, with her sentence to be served after her husband's because they have children, ages 13 and 10.

When I got to Chicago, one of our resource persons said that state, Illinois, was the most corrupt state in the USA? What was his evidence? Four of its last seven governors had ended up in jail:

The state of Virginia was touted as one of the cleanest states until its former governor, Bob McDonnell, was convicted in January this year of corruption. He and his wife were charged with receiving $177,000 in loans and gifts from Williams, the chief executive of Star Scientific Inc, in exchange for promoting his company's main product, the anti-inflammatory Anatabloc.

The Gifts included a $6,500 Rolex watch, wedding and engagement presents, money for McDonnell's daughters, and golf outings and equipment. Williams was said to have provided a $50,000 loan and a $15,000 "gift" to cover wedding expenses for McDonnell's daughter. He also gave a $70,000 loan to a corporation that the governor and his sister used to manage beach properties.

He was sentenced two years while his wife got a year's jail term.

Unlike the situation in America, it is the President and the government which decides who to prosecute for corruption and who to leave out. The Attorney-General cannot act on their own so if a corrupt politician is shielded from prosecution, as in Woyome's case, the president can be blamed directly.

What we experience here in Ghana is not corruption. It is plain STEALING, broad daylight robbery. Politicians and leaders steal millions of dollars. The President recently said he had developed a dead goat syndrome [dead goat does not fear a knife] to labour agitations and would not be moved to increase salaries in election year.

That statement is a dishonest one. Labour agitation is not the reason for over-expenditure on election years. It is the award of fraudulent contracts in order to siphon funds and the blatant stealing from the public purse that causes that. GYEEDA and SADA are classic examples.

If John Dramani Mahama wants to be a dead goat worth celebrating, he should start dealing with corrupt ministers and public officials in his government and damn the consequences of losing an election. In America, there are corrupt politicians just as there are corrupt politicians in Ghana. But in Ghana, there are too many incentives for stealing and until we get a leader who is honest about tackling corruption, we will remain stuck in our current quagmire of hopelessness where water and electricity are luxuries.

The writer, Manasseh Azure Awuni, is a senior Broadcast Journalist with Joy 99.7FM. His email address is [email protected]`