Ghana Railways to be given out on concession 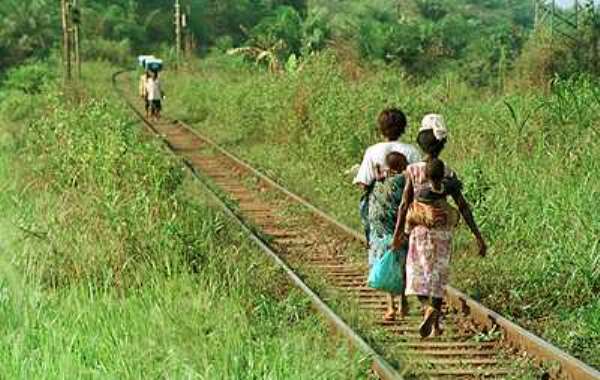 Cape Coast, July 23, GNA - Professor Christopher Ameyaw Akumfi, Minister of Ports, Harbours and Railways, on Friday announced that the Ghana Railways Company (GRC) is to be given out on concession.
He said under the programme the government would promulgate a new Railway Act and Ghana Railway Development Authority Act to regulate the construction, operation and safety of railways.
It would also manage the post concession railways for the government to retain ultimate control of infrastructure, as well as revamp it to be competitive.
Prof. Ameyaw Akumfi said this in a speech read for him at the 8th Quadrennial national delegates conference of the Railway Workers Union at Cape Coast under the theme, "concessioning of Ghana Railways - the challenges of labour".
The three-day conference is to enable the participants to take stock of activities of the past and formulate new ones for the future.
He said in the concession, the general operating responsibilities and delivery of service would be transferred to the concessionaire who would be required to inject capital, improve productivity and quality of service at a competitive price and lower cost to the economy.
The Minister said the restructuring was to enhance the value of Railways assets by putting them to their best use and that the nation could only achieve the golden age of business if it had a reliable, safe, efficient and cost effective rail transport service.
He underscored the important role the rail service played in the nation's development, adding that, it accounted for the movement of about 90 per cent of the country's bulk export commodities.
Prof. Ameyaw Akumfi said the government would facilitate the transformation of the Ghana Railways from its current fragmented, unprofitable state into a focused, profitable commercial enterprise that was market driven and service oriented.
He assured the workers that the government would take cognisance of labour in its policy formulation so that workers would not loose but rather consolidate their gains to improve performance of the railways. The Minister advised those who would be affected by the concession to form business teams and partnership to provide the concessionaire with service in the non-core areas of operation.
Mr Emmanuel Opoku, Acting Managing Director of GRC, expressed regret that the non-holistic investment and subsequent rehabilitation programmes on the railway was taking a toll on its operation and said that it was at the cross road waiting to be ushered into a new phase. He said a long-term development plan to expand the existing railway network from the southern to the northern parts of the country had been proposed to pave the way for linking the country to its Sahelian neighbours.
Mr Opoku said a link from Tema to Akosombo was also proposed to facilitate transport between rail and the Volta Lake, adding that, there was also a proposal to upgrade the existing lines and to construct new lines for a proposed Accra-Tema suburban railway network.
Mr Akwasi Adu-Amankwah, Secretary-General of the Trades Union Congress (TUC), said the rail transport had suffered greatly in the past due to the lack of adequate attention by successive governments. He said the nation had much to gain from the railway business and that the sector should be revamped to take advantage of the investment drive as the country desired to become the gateway to the West African sub region.
Mr Adu-Amankwah cautioned the government to be fair, open and transparent in the selection of a suitable concessionaire and expressed the hope that the Railway Act and the Ghana Railway Development Authority Act when passed would help improve the rail system.
Mr Samuel Kokovena, General Secretary of the Union, said as much as the workers accepted the concession of the system it must not bring reforms that would turn into a retrenchment exercise.
He said the concession in the Ghana Railway Company should have a humane and more dignified face based on expectation and aspiration guided by culture, political and the social system.