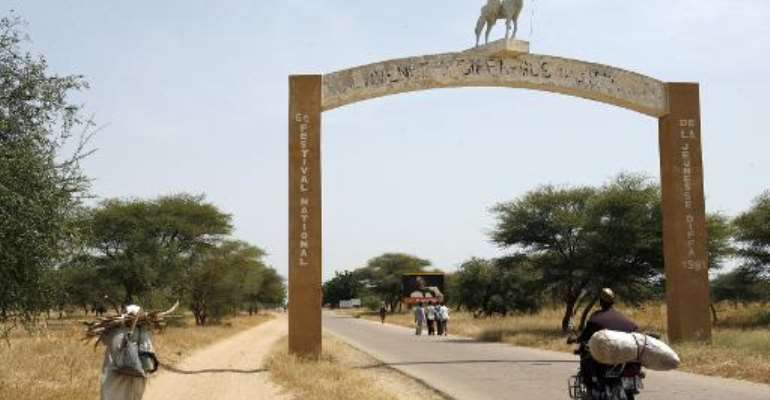 Niamey (AFP) - Nigeria's Boko Haram fighters launched a new attack in neighbouring Niger on Monday, as parliament in Niamey was set to vote on joining a regional force against the Islamists.

The militants raided a prison in the southeastern border town of Diffa but were repelled after a heavy exchange of fire, humanitarian sources said.

"The attack failed. The assailants were quite easily pushed back," one source told AFP.

No casualty toll was immediately available after the raid by Boko Haram, which has widened its deadly six-year insurgency in Nigeria with attacks in neighbouring countries.

A journalist in Diffa said he saw the bodies of Boko Haram fighters in a hearse despatched by the town hall, but he was unable to count them.

Some Boko Haram fighters sought to hide out in the town. "The soldiers are looking for them, weapons at the ready. The army has encircled Diffa," the journalist said.

Another journalist said some of the fighters were being held in the prison they attacked.

Boko Haram leader Abubakar Shekau vowed in a new video released on Monday to defeat the military force taking shape to fight the militants in Nigeria, Cameroon and Niger.

Niger's parliament was expected on Monday to support a proposal to deploy troops inside Nigeria to help in the battle, along with soldiers from Chad and Cameroon.

Niger said 109 Islamists were killed in an attack last week on Diffa and a simultaneous assault on Bosso, also close to the border, the first by Boko Haram in the country.

Four soldiers and a civilian were killed and 17 other troops were wounded.