US Human Trials Of GM Banana For Africa Widely Condemned 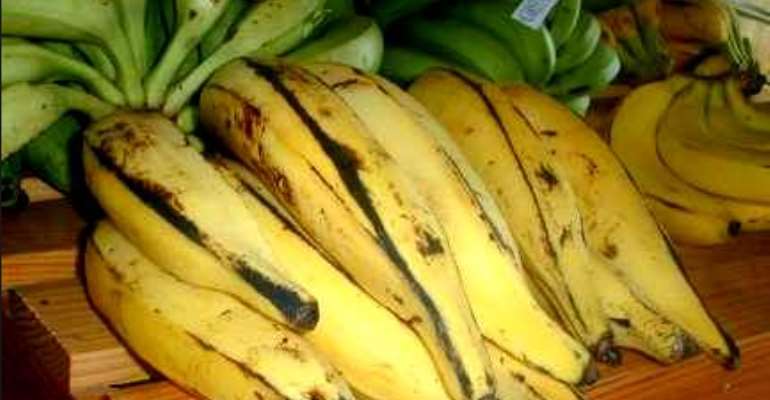 The Open Letter is supported by more than 120 organizations from around the world. Farmers, advocates, consumers and other communities from the United States are represented, including the US Food Sovereignty Alliance (USFSA), FoodFirst, AGRA Watch/Community Alliance for Global Justice and La Via Campesina North America, as well as many from Africa, Europe, Latin America, the United Kingdom, Asia and Australia. Dr. Vandana Shiva, Dr. Jeanne Koopman, Dr. Eva Navotny and Professor Joseph Cummins are among the prominent scientists and academics also supporting the Open Letter.

The GM banana human trials are funded by the Bill and Melinda Gates Foundation and carried out by Iowa State University under the leadership of Dr. Wendy White. The human subjects of these trials are young female students from Iowa State University. Scientists at the Queensland University of Technology in Australia developed the GM banana, also with funds provided by the Gates Foundation.

Touted as a 'Super Banana' the GM banana in question, has been genetically modified to contain extra beta-carotene, a nutrient the body uses to produce Vitamin A. The results of the human trials are designed to support the release the GM bananas into Ugandan farming and food systems. According to Iowa State University, “Vitamin A deficiency is a major public health problem in Uganda and other countries in Sub-Saharan Africa and leads to decreased survival in children, impaired immune function and blindness.”

An outraged Bridget Mugambe, a Ugandan and AFSA Policy Advocate, says “Just because the GM banana has been developed in Australia and is being tested in the US, does not make it super! Ugandans know what is super because we have been eating homegrown GM-free bananas for centuries. This GM Banana is an insult to our food, to our culture, to us a nation, and we strongly condemn it.“

Iowa farmer George Naylor noted, "We're told that GMOs are safe but we don't even know if these genetically modified bananas should be tested on humans. People who are malnourished need good food, not another public relations stint that clears the way for more corporate, patented, high-profit technologies."

“As AFSA, we are vehemently opposed to GM crops. Africa and Africans should not be used as justification for promoting the interest of companies and their cohorts. We do not need GM crops in this changing climate. What we need is the diversity in our crops and the knowledge associated with them,” commented Dr. Million Belay, AFSA Coordinator.

AFSA, USFSA and others supporting the Open Letter have demanded that it be shared with the human subjects of the trials in the US.