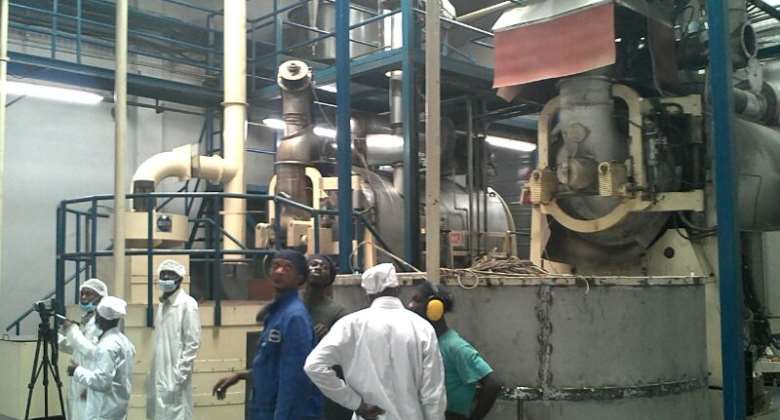 Competition is a fundamental tenet of well-functioning markets and encourages companies to provide consumers with the products and services that they want. It results in lowering prices for goods and services, better service quality, wider choices for consumers, stimulation of innovation and more importantly efficiency in allocation of resources.

The objective of a functional competition regime is to promote competition, and contribute towards increased efficiency and curb anti-competitive practices in the market. Anti-competitive practices, including cartels, abusive monopolies, predatory pricing, collusive tendering, exclusive market sharing agreements, bid rigging etc., have negative effects on both consumers and producers. Certainly, a well-enforced competition regime reduces uncertainty for businesses and is an important element of promoting private sector development.

Public Procurement
Governments in most countries are the largest spenders. Government spending comes largely through procurement and other forms of recurrent expenditure. In securing goods, the fundamental objective for any government is to get value for money at a very competitive rate from a wide supply base whilst promoting domestic capacity and innovation amongst sellers. The benefits derived from public procurement are however not realized by most governments world-wide, due to the plethora of anti-competitive practices in public procurement and the lack of effective institutions to monitor public funds used in making purchases of goods and services.

In 2003, Ghana's Parliament passed thePublic Procurement Act 663. The purpose of the Act among many other things was to harmonize the processes of public procurement in the public service and to secure a judicious, economic and efficient use of state resources in public procurement and ensure that public procurement is carried out in a fair, transparent and non-discriminatory manner. The Act provides specific guidelines towards the procurement of goods and services to be paid with taxpayers' money.

Through competitive tendering process, the buyer will be able to make an intelligent decision based on both qualitative and quantitative decision making tools. More than a decade down the line since the Act was passed, some public entities are still able to bypass the law without the due process.

In recent times, a lot of state procurements have gone on without competitive tendering process. There are a times whereit is alleged that a contract was awarded before the tender is opened, making mockery of due of justice.

Public procurement is one of the ways by which central and local government can create jobs through massive infrastructure projects. In using Public Procurement as a measure, the efficiency in managing the state funds of most of the governments around the globe can be characterized. This would also introduce better accountability to the tax payers' money as most of the times the government spending is attributed to corruption.

A study commissioned by the OECD in 2003 on the benefits of transparent and competitive procurement processes refers to the following examples of benefits achieved:

• In Bangladesh, a substantial reduction in electricity prices due to the introduction of transparent and competitive procurement procedures.

• A saving of 47% in the procurement of certain military goods in Columbia through the improvement of transparency and procurement procedures.

• A 43% saving in the cost of purchasing medicines in Guatemala, due to the introduction of more transparent and competitive procurement procedures and the elimination of any tender specifications that favour a particular tender.

• A substantial reduction in the budget for expenditures on pharmaceuticals in Nicaragua, due to the establishment of a transparent procurement agency accompanied by the effective implementation of an essential drug list.

• In Pakistan, a saving of more than Rs 187 million (US $3.1 million) for the Karachi Water and Sewerage Board through the introduction of an open and transparent bidding process.

Anti-Competitive Issues in Public Procurements
There are legions of anti-competitive practices in public procurement ranging from collusive tendering to bid suppression. In bid suppression schemes, one or more competitors who otherwise would be expected to bid, or who have previously bid, agree to refrain from bidding or withdraw a previously submitted bid so that the designated winning competitor's bid will be accepted.

Complementary bidding (also known as ''cover'' or ''courtesy'' bidding) occurs when some competitors agree to submit bids that either are too high to be accepted or contain special terms that will not be acceptable to the buyer. Such bids are not intended to secure the buyer's acceptance, but are merely designed to create a (false) appearance of genuine competitive bidding.

Economic cost of anti-competitive tendering
In a study entitled 'Identifying and Reducing Corruption in Public Procurement in the EU' PwC EU Services, together with Ecorys and the University of Utrecht, found out that the total direct losses in 2010 as a result of corruption associated with contract tendering in the 8 European countries and 5 sectors covered was between €1.4 and € 2.7 billion (2.9% to 4.4% of the total amount that was spent on public procurement contracts).

It has been estimated that about $400 billion per annum changes hands through corruption in public procurement around the world.In Sub-Saharan Africa, it is reported that corruption exists in about 70% of public contracts, which inevitably lead to a rise in 20-30% of contracts sums.

Coming home to Ghana, data is difficult to procure concerning how tax payers are being fleeced through uncompetitive tendering process. However, if anecdotal tales and media stories are safe to go by, one can posit that government of Ghana remains largely uncompetitive when it comes to the procurement of goods and services. The flagrant abuse of sole or single sourcing has become economic burden to tax-payers. The stories of SUBAH, SADA, GYEEDA and other government procurement give eloquent testimony to support this claim. People who have been found foul of abusing the system are not prosecuted and walk around with a halo of dignity. The obvious signal it sends to other is that you can still mess up with the tax-payers' money and still not be charged.

The Public Procurement Act 663 of 2003 in article 40 and 41 give the requirements for single or sole sourcing of goods and services. The exception of single sourcing has apparently become the norm and it is been abused at will and whim.

On December 5, 1980, UN adopted the international standard for competition laws under what is called the UN Set on Competition Policy – hence the call by INCSOC to recognise this date as World Competition Day. Currently, 24 countries worldwide including the United Kingdom, Russia, Sweden, Austria, Afghanistan, Tanzania, Spain, Gambia, etc. have supported the call to have December 5 declared as World Competition Day by the UN General Assembly. They have written formally to United Nations Conference on Trade and Development (UNCTAD) about the same.

Assigning a World Competition Day would result in a milestone achievement in awareness generation on the need for competition reforms in markets – and garner stakeholder and public support for the same. It would provide a platform to allow meaningful and focused debate by stakeholders, including from those jurisdictions that still express reservations about the need for competition reforms. For competition authorities in developing countries, this would be an opportunity to learn from their more experienced counterparts from developed countries through technical assistance for evolution and implementation of competition legislation therein.

The theme for this year's celebration is Competition in Public Procurement. CUTS is implementing Advocating for a Functional Competition Regime for Ghana (COMPAD) with the support from BUSAC Fund. The main goal of this project is to complement the Government of Ghana's efforts towards evolving a functional national competition policy and law in Ghana, through an informed process, incorporating the views of key actors and with public support.