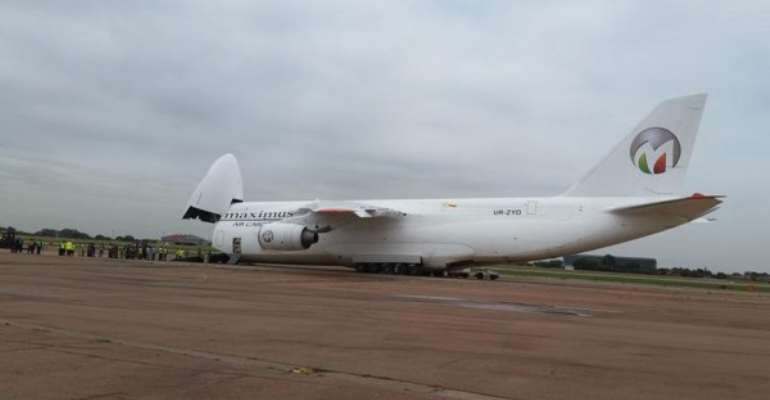 JOHANNESBURG –The aircraft carrying the remains of 74 out of 85 South Africans who lost their lives in the Synagogue church guesthouse collapse in Lagos, which occurred on Friday September 12, has landed at Pretoria's Waterkloof Air Force base near Pretoria on Sunday November 16.

In an earlier statement, Minister in the Presidency Jeff Radebe said that the original number of 85 to be repatriated had been revised down to 74, as the process of identifying the deceased was still not complete.

The Seakamela family in the North West's capital Mahikeng say the long awaited repatriation of the body of their beloved Mpho Seakamela, a 54-year old female professional teacher, has brought them a relief after two months.

Tshekedi Mogatosi, Mpho's brother says: “As the family we are happy. At least our sister, our daughter, our mother is back. So I think for now is time for us to prepare, so that at the end she must rest in peace. We do not want to point a finger to anybody, because last night the minister and his team explained to us, what happened why so long. So I think they are reliable people, we accept that we are ready maybe to close the chapter.”

After landing at Waterkloof airforce base the bodies were transported by road to Forensic Pathology Services mortuaries in different provinces before going to government mortuaries closest to where families will bury their loved ones.

Over the next few days, families will finally be able to give their relatives a dignified burial, two months after the tragedy.

But government has again warned families of health and secondary trauma risk if they view the remains. After two months in mortuaries plagued by intermittent power supply and below par cooling facilities - some of the bodies have decomposed.

Meanwhile, an inquiry is still underway to determine what caused the tragedy. Over 100 people lost their lives and others injured when the SCOAN guesthouse tragically crumbled, after a strange aircraft flew low multiple times over the building, as captured on CCTV cameras at the church premises.

I Wish You Die In Prison — Judge To Convict Who Defiled His ...
49 minutes ago