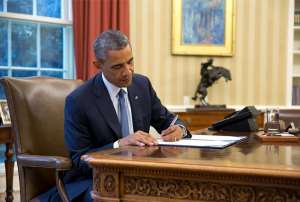 Several years ago, someone said to me: 'The victim wouldn't have it any other way.' When I first heard this comment, it made no sense to me, largely because I had never appreciated being a victim of violence when I was a child. However, I have since spent considerable time grappling with this comment by analysing what it means to be a victim. And I now agree that, in far more cases than I would like it to be, the victim wouldn't have it any other way. Here's why.

The psychology of a victim is complex and reflects the configuration of violence to which they were subjected as a child. All children are victims of chronic violence and while a rare individual survives this violence to become a powerful agent of social change, most people acquire a victim status that leaves them psychologically crippled for life, filling some role, 'important' or otherwise, doing a lifetime of soul-destroying work that is far removed from any pursuit that might be described as 'Self-realizing'.

Many victims also become chronic perpetrators of violence which, paradoxical though it may seem, doesn't alter their victim status. This is obvious when we understand the psychology of people like US President Barack Obama, UK Prime Minister David Cameron, Israeli Prime Minister Benjamin Netanyahu and former US Secretaries of State Hillary Clinton and Henry Kissinger whose world outlooks are delusional. See, for example, Clinton's recent review of the book 'World Order' – http://www.washingtonpost.com/opinions/hillary-clinton-reviews-henry-kissingers-world-order/2014/09/04/b280c654-31ea-11e4-8f02-03c644b2d7d0_story.html – written by arch-perpetrator of violence Henry Kissinger: see 'No One Will Hold Kissinger Accountable' http://truthstreammedia.com/no-one-will-hold-kissinger-accountable/

At birth, a child is genetically programmed to use their many capacities, including their senses (such as sight, hearing and touch), feelings (such as thirst, hunger, nausea and physical pain), memory, 'truth register', intuition, conscience, more feelings (such as fear, happiness, emotional pain, joy, anger, satisfaction, sadness and sexual arousal), and intellect to explore, learn about, understand and interact with their natural and social world.

Evolution intended children to become powerfully Self-aware individuals by doing this but this Self-awareness depends on one other factor: the integrated functioning of these capacities in order to crystallize the appropriately precise behavioral option in any given circumstance. If any one of these capacities is not functioning as evolution intended, the individual will suffer accordingly and this will result in sub-optimal and, depending on what is not functioning, possibly violent behavioral outcomes as well. For a full explanation of this, see 'Why Violence?' http://tinyurl.com/whyviolence and 'Fearless Psychology and Fearful Psychology: Principles and Practice' http://anitamckone.wordpress.com/articles-2/fearless-and-fearful-psychology/

In essence, individuals who have a 'victim psychology' are people who have been so terrorized during childhood that they end up feeling (unconsciously) powerless to stand up to, confront or even identify the individual(s) – their parent(s) and/or other significant adults from their childhood – who perpetrated violence against them. As a result, they will usually project that someone of whom they are not actually afraid is victimizing them and they will powerlessly point their finger at this (delusional) 'perpetrator' and demand, fearfully and compulsively, that this person or group change their behaviour. This is because victims give responsibility to others; that is, they want others to take responsibility for not victimizing them. Why? For a victim, the idea that they can change and learn to defend themselves powerfully is beyond comprehension.

Victim behaviour is widespread and takes many forms. One classic example of victim behaviour is the Jew who plays 'the Holocaust card' to guilt-trip gullible others into participating in their delusion that Palestinians are a threat to Israel. The unconscious terror of these Jews is so extreme that, like the terrified Nazis who 'walled-in' the Jewish ghetto in Warsaw in World War II, they now 'wall-in' the Palestinians. Of course, in stark contrast to these Jews, powerful Jews are unafraid of Palestinian identity and are quite able to acknowledge, and even struggle for, Palestine's right to exist.

Another version of victim behaviour occurs when people delude themselves about the merits of conflict outcomes by putting a positive cast on negative results. The 'celebration' by some Palestinians following the recent death toll and destruction during the Israeli 'Protective Edge' slaughter in Gaza is based on a powerless notion of what it means to resist. This is reminiscent of the powerless child celebrating a vicarious act of defiance because it cannot respond powerfully and strategically to the harsh reality that defines its circumstances.

As powerful Palestinians already know, nothing has been gained by firing rockets into Israel and sympathy won for the suffering people of Gaza is worth less than nothing. If things are to change politically, then Palestinians need strategically focused acts of nonviolent resistance by powerful individuals – see 'An Open Letter to My Palestinian Friends'

http://www.eurasiareview.com/12082014-open-letter-palestinian-friends-oped/– not sympathy from their fellow victims around the world who will do nothing.

As mentioned above, an important variation on victim behavior is those who use violence. For example, if we do not understand the victimhood of people like Barack Obama, David Cameron, Benjamin Netanyahu, Hillary Clinton and Henry Kissinger, then we cannot understand why they are so violent. In essence: people such as Obama, Cameron, Netanyahu, Clinton and Kissinger were terrorized by the extreme violence they suffered as children and this has left them with a legacy of unconscious terror, self-hatred and powerlessness as well as an undeveloped potential to feel love, compassion, empathy and sympathy that has left them psychologically crippled.

Moreover, as one outcome of their psychological damage, they project this terror and self-hatred as fear of and hatred for 'legitimised victim groups'. Consequently, their only response to any complex conflict is violence. For a thorough elaboration of this point, see 'Understanding Obama and Other People Who Kill' http://english.pravda.ru/opinion/columnists/13-05-2013/124539-obama_people_kill-0/

People like these five are simply devoid of the emotional capacity that makes a powerful individual able to cooperate and persevere in seeking mutually beneficial outcomes. And the emotional healing they would need to do so that they could express their fear of and anger at their parents and other significant adults from their childhoods is unlikely to occur at this point in their lives although, for their own sakes, I hope that they find the courage to so express it. In the meantime, those of us who are not victims or who have recovered from our victimhood, must nonviolently resist their violence.

If you wish to join the worldwide movement to end the violence committed by those who are victims, then you are welcome to sign online 'The People's Charter to Create a Nonviolent World' http://thepeoplesnonviolencecharter.wordpress.com

Robert J. Burrowes has a lifetime commitment to understanding and ending human violence. He has done extensive research since 1966 in an effort to understand why human beings are violent and has been a nonviolent activist since 1981. He is the author of 'Why Violence?' http://tinyurl.com/whyviolence His email address is [email protected] and his website is at http://robertjburrowes.wordpress.com