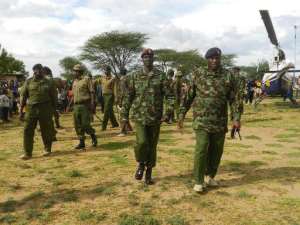 The officers, missing since Friday, are believed to have been ambushed during an operation in the impoverished region of Lake Turkana, the scene of regular raids and score-settlings between rival communities.