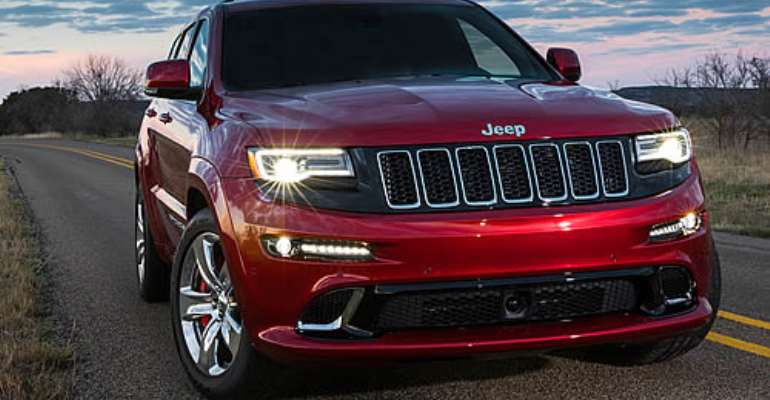 The seemingly impossible has happened; the Jeep Grand Cherokee is outselling one of Toyota's best sellers, the Prado!

This recent surge in sales has been due to the fact that Jeep has introduced two lines of the Cherokee and is eating up Toyata's market share.

The latest jump in sales has placed Jeep on the list of top 10 car manufacturers for the first time in its history.

The only other premium SUV which has more or less matched the Jeep is Land Rover, making the two, the only luxury SUVs to consider when you want a car that looks good in city and dominant on outside the city.

Murray Hubbard from car reviews said that "Our first driving impressions of the Cherokee Limited diesel are that this is a great package" and why wouldn't it be?

These are the people who invented the SUV after all. In Nigeria, every big SUV has the generic name, Jeep, be it a Mitshubusi, Totoyta, or anything else for that matter.

Steven Klogo Director of PR at  Tanink Ghana , dealers in Jeep, Chrysler, Dodge, Fiat, Alfa Romeo and Iveco vehicles in Ghana, said he was excited but not surprised by the performance of the Jeep on the market.

"The Jeep is not just a car, it is a legend that has withstood imitators in the market. This is a car that helped win real wars. That alone should be enough for you to be convinced that this is the SUV of choice!

"You can tell Jeep is the first SUV of choice not just for informed drivers but in popular culture. One of my sister's favourite cartoon's is 'Legend of Korra" which is big amongst adults as well and they playfully imitated the Jeep Wrangler," he added.

In an episode of the Fresh Prince of Bel-Air,  Will Smith 's character was quoted as saying, "I need to get me a Jeep."

R Kelly sang about a woman reminding him of his Jeep in a song titled "you remind me of my something' and just yesterday we were told that the car had appeared in an episode of 'Arrow' which is a show about a man who turns superhero to defend his city, Mr Klogo narrated.

You can see Yvonne Nelson posing in front of a Jeep for her instagram.

"We could continue to name people, both local and international, who have co-signed Jeep, the only SUV that touches us in terms of quality and experience," Steve noted.