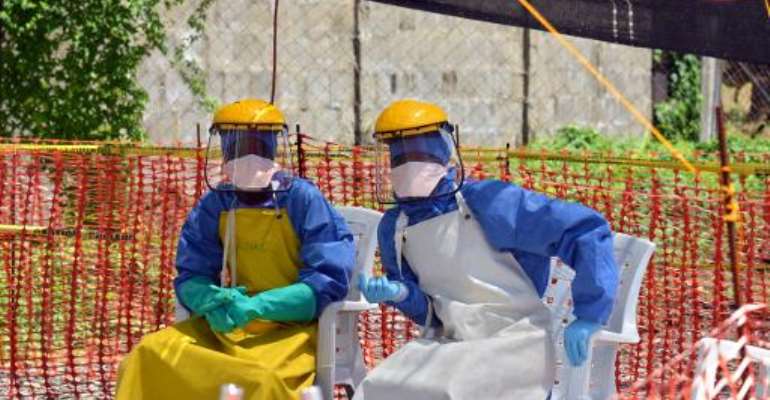 Beijing (AFP) - The Ebola epidemic will take at least four months to contain even if all necessary steps are taken, the global head of the Red Cross said Wednesday, warning of "the price for inaction".

The deadliest-ever outbreak of the haemorrhagic fever has claimed more than 4,500 lives in West Africa, and experts warn the rate of infections could reach 10,000 a week by early December.

There is no licensed vaccine or cure for Ebola, which has also spread in several isolated cases among health workers in Spain and the United States.

Elhadj As Sy, chief of the International Federation of Red Cross and Red Crescent Societies, listed a range of measures which would help bring Ebola under control, including "good isolation, good treatment of cases which are confirmed, good, safe and dignified burials of deceased people".

"It will be possible, as it was possible in the past, to contain this epidemic within four to six months" if the response is adequate, he added.

"I think that is our best prospect and we our doing everything possible to mobilise our resources and our capacities to do so."

Speaking at an Asia-Pacific IFRC conference, he added: "There is always a price for inaction."

New measures will be rolled out in the US on Wednesday which will see passengers arriving in the country from Ebola-hit Liberia, Sierra Leone and Guinea funnelled into five airports with extra health checks.

But experts writing in The Lancet Tuesday said that screening air travellers on departure was a better option than monitoring them when they arrive abroad.

Sy said he did not "have a strong opinion" on the issue, as long as "it gives people a sense of peace of mind, and they have the means to do it".