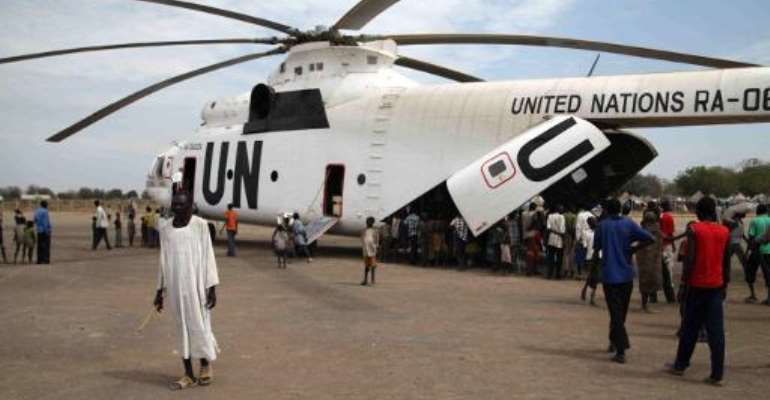 Juba (AFP) - Gunmen have seized two United Nations workers within the past week in war-torn South Sudan, the peacekeeping mission said Friday in a plea for their release.

The UN mission in South Sudan (UNMISS) said three contractors were taken on October 10 by up to 20 gunmen in civilian clothes in the northern town of Malakal, but two were later released.

Another worker from the World Food Programme (WFP) was taken on Thursday by gunmen, also at Malakal airport.

"UNMISS strongly condemns these abductions and demands the safe release of the missing individuals," a statement said.

The WFP worker, a South Sudanese national, was waiting in line for a flight from Malakal on Thursday when he was "taken at gunpoint... by eight armed men wearing plain clothes," WFP said.

"We are extremely concerned about his well-being," Eddie Rowe, the WFP chief in South Sudan, said in a statement.

"WFP demands that his captors release our staff member unharmed."

It was not clear if the gunmen were from the country's feared national security or another group.

UNMISS said both the army and the government had told them they were "making all efforts to track down the abductors and secure the release of the two victims."

Aid workers have been targeted in the more than 10 month civil war.

The town of Malakal has changed hands several times in the ongoing civil war, but is now in government control.

Thousands of people have been killed and almost two million have fled fighting between government troops, mutinous soldiers and ragtag militia forces divided along tribal lines.