By The African Centre For Biosafety, Malawi 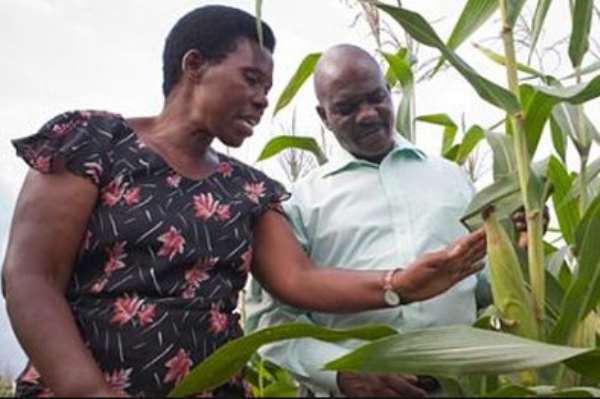 ReportThe African Centre for Biosafety (ACB) has today released its research report based on field work conducted in Malawi, titled "Running to stand still: Small-scale farmers and the Green Revolution in Malawi." The research, conducted by the ACB in collaboration with the National Smallholder Farmers' Association of Malawi (NASFAM), Kusamala Institute of Agriculture and Ecology and Dr Blessings Chinsinga from the University of Malawi, does not validate the argument that Malawi is a Green Revolution success story.

On the contrary, the research highlights the plight of small-scale farmers at the receiving end of the Green Revolution (GR) push in Malawi. Among its findings are that farmers are trapped in a cycle of debt and dependency on costly external inputs with limited long-term benefit, and that the natural resource base is being degraded and eroded despite – or perhaps because of - GR inputs.

According to ACB's lead researcher, Dr Stephen Greenberg, "our research found that small-scale farmers are using shockingly high levels of synthetic fertilisers at great financial costs to themselves and the public purse. Rising soil infertility is a feature of farming systems reliant on synthetic fertiliser. We found that farmers are increasingly adopting hybrid maize seed, encouraged by government subsidies and the promise of massive yields. However, adoption of these hybrid seeds comes at the cost of abandoning diversity and resilience of local seed varieties, and the ever escalating requirement for synthetic fertilisers. Indeed, our findings show net transfers away from farming households to agribusinesses such as SeedCo, Pannar (recently merged with Pioneer Hi-Bred), Monsanto and Demeter in the commercial seed industry. For fertiliser, the major fertiliser producers and distributors are Farmers World (which also owns Demeter seed), Yara, TansGlobe, Omnia and Rab Processors."

The research is part of ACB's multi-year research programme in southern and east Africa to investigate seed and soil fertility practices and challenges facing small-scale farmers in the region. One of the aims of the study is to offer an evidence-based critique of the Green Revolution agenda, with a particular focus on the activities of the Alliance for a Green Revolution in Africa (AGRA), an institution that plays a critical coordinating role in expanding the GR agenda on the continent.

The key findings of the report include the following:

The Farmer Input Subsidy Programme (FISP) is an essential element in the expansion of GR technologies in Malawi. The programme has increased effective demand for hybrid maize seed and synthetic fertiliser, and created a guaranteed market for MNCs to profit in. Mostly the grains are limited to relatively minor yield increases, with long term negative consequences on the ecology. The money comes in from public expenditure through subsidies and development aid, and leaves through private channels (seed and fertiliser companies).

When increased input costs are taken into account, farmers adopting GR technologies realise a potential income deficit of K55,954 (US$133.22). Even if the synthetic fertiliser is also shared amongst other crops, overall production of these crops remains low and it is highly unlikely that farmers will realise a net profit by adopting these technologies. The short-term benefit of higher yields masks this net transfer from small-scale farming households to seed and fertiliser agribusinesses.

AGRA-supported seed development, production and distribution programmes cover a fairly wide range of crop types in Malawi, but farmers are still using non-certified seed. The AGRA programme has not had a major impact in the research sites to date, with small quantities of seed being distributed (less than 5kg per participating farming household) and limited returns to farmers. This is mainly due to high prices and various quality factors (including storage, processing, conversion rates of kernels to flour, taste, insect resistance both in the field and in storage, and drought tolerance). The availability of local and uncertified varieties offers farmers a range of options.

Seed recycling is a common practice, with 80% of local maize seed, 73% of cowpea, 64% of beans, 55% of groundnuts and 54% of soybean seed being recycled by respondent households. Hybrid maize is the only seed that was mostly purchased from seed dealers (59%). Yet, farmer-managed seed systems and agro-biodiversity are downplayed, with farmer-managed systems considered to be inferior to profit-generating private activity in seed production and distribution.

There is no practical support from government for the saving or exchange of uncertified seed, while efforts by AGRA and government alike tends towards replacing uncertified seeds with certified varieties. Farmers are not arguing to replace local seed with hybrid or certified seed. The quality of uncertified pigeon pea (100% from a small sample of users), beans (81%), groundnuts (81%), cowpea (77%) and soya (72%) were all assessed as good by the majority of respondents. Seed quality was not a major issue for most farmers, although seed price was, indicating a commercial market.

Independent soil testing conducted by Chitedze Research Station as part of the research reveals soils that are technically infertile, with very low levels of key nutrients and nutrient-holding capacity, despite years of synthetic fertiliser applications. This gives lie to the argument that the addition of synthetic fertiliser is necessary for long-term improvements in soil fertility. Indeed, the opposite is the case.

According to ACB's Gareth Jones, a researcher involved in the programme,"Green Revolution interventions, of which AGRA is a leading example, are fundamentally premised on the idea that increased costs of certified seed and synthetic fertiliser can be met by increasing yields, which will allow for increased sales that can generate income for input purchase in the next year as well as expansion of farming as a business to the benefit of producers. However, this 'endless virtuous cycle' does not appear to have taken root in Malawi as borne out by our research. The vast majority of households appear to be caught in a relationship of dependency on GR inputs, in particular, synthetic fertiliser."

The study recommends that input subsidies targeted at individuals should be phased out and replaced with public investment in extension, farmer-based R&D and bulk infrastructure such as water and roads with collective benefit. A key part of public investments in R&D and extension can include identifying, prioritising and supporting work around participatory plant breeding, participatory variety selection, farmer-managed seed certification and quality assurance systems, identifying and supporting the development of locally important crops on the basis of decentralised participatory R&D, farmer to farmer exchanges, identifying and expanding means of increasing organic content in the soil, an orientation to nurturing soil life as the basis of soil fertility or soil health programmes, and support agro-ecological methods of soil improvement and water retention. Work on nitrogen fixing trees and food trees could advance soil fertility and food security agendas.

The study also recommends that tobacco cultivation, an anti-social, poisonous crop, which locks farmers into production systems that are not in their long-term interests be replaced by socially and ecologically just alternative crops and production systems.