A Virus Called Ebola and The Secret Club From Hell 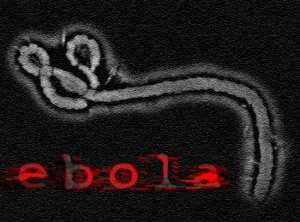 I disagree with those that have described Patrick Sawyer, the Liberian/American that single-handedly brought the deadly ebola virus into our shores, as a madman. He was not mad at all but just evil. He was a man that was on a mission. That mission was to spread the ebola virus to Nigeria and to infect and kill as many people as possible with it.

He was an evil man with an evil intention and purpose. Worst still he was not working alone. Some people, and I mean rich, powerful and well-connected people, were working with him. As a matter of fact they sent him on the mission.

They cultivated him, took care of him, paid him, brainwashed him, gave him all that he wanted in life and finally asked him to go on a suicide mission to destroy the lives of others and spread the deadly disease.

This was a clear case of bio-terrorism and Sawyer was simply a pawn in a bigger game and a wider picture. The motive of those who sent him was to spread fear and panic, to kill as many people as possible, to create a need for a solution to the problem, to prepare the ground for a new wonder drug that could cure ebola, to create a massive market for that drug and to ensure that there would be massive profits from it's sale.

As usual it is the unbelieving, unprepared, undiscerning and naive Africans that have been used as the prime guinea pigs in this satanic venture. When will they stop destroying us and treating us with such contempt? When will they begin to see and treat us as human beings?

I guess the answer to that is when we cultivate the courage to stand up and say ''no more'' and when we have the good fortune of being blessed with a ruling elite and a political class that truly cares and that is incisive, insightful, properly educated, enlightened and historically literate.

Just a few days ago a Russian website magazine known as Pravda.ru considered what they described as the very real possibility that the American government actually created the ebola virus as a lethal and effective biological weapon solely for the purpose of biological warfare. They wrote the following:

''The epidemic of the deadly Ebola virus that was born in the depths of the jungle, has been spreading around the world with an unprecedented speed lately. The number of victims, according to official figures, has already exceeded a thousand people. The number of infected individuals nears almost two thousand. The WHO declared the disease a threat of global significance. Are there ways to combat the fever? It turns out that there is a vaccine against Ebola. Pentagon scientists were developing it for 30 years, and all the rights for the drug belong to the government of the United States. Two infected US medics received injections of the vaccine and they started recovering from the disease immediately. Why has this been made public only now? Why is it the USA that holds all the rights for the use of the vaccine? There can be two most obvious answers found to these questions. As one can see, Ebola is a perfect biological weapon: it spreads quickly and gives nearly 100 percent mortality. Those having the life-saving vaccine can dictate any conditions to others. The second answer is a purely commercial interest. It is enough to arrange panic with the help of the media, as it was the case with several epidemics before, such as avian flu. Afterwards, it will be possible to sell the life-saving medicine at any price''.

This is an interesting contribution from the Russians and it is indeed food for thought, Yet even though many may harbor deep suspicions about the role of the United States of America in this ugly episode and even though many may finger her, and indeed the entire western world, as being the sole culprits and co-conspirators behind the creation and unleashing of the ebola virus on Africa, in my view, this may not necessarily be the case.

I say this because even though the majority of the leading players in this small and exclusive club from hell that is known as the Illuminati and that are involved in this strange narrative are undoubtedly from America and western Europe it is by no means an exclusive club of solely Americans and western Europeans. As a matter of fact some leading and well-known third world and African leaders and business people are also deeply involved even though they may not rank too high up on the ladder or in the pecking order.

Before anyone gets swept away with the idea that this is all about the evils of America we must make it clear that the American people themselves, as opposed to their leaders, are as much of a victim of this secret cabal of wickedness as is anyone else. They are also wallowing in the throes of abysmal ignorance about what is really going on behind the scenes almost as much as the average African.

In order to get a clearer picture it is important to take note of the following observations. The forces that are behind this evil are well beyond America and they are inflicting as much evil on America, and indeed the entire western world, as they are on the rest of humanity. Africa and the African people are not their only victims and they are not their only prey. They prey on all of humanity and they feed on the flesh and drink the blood of us all regardless of where we come from. The roots of these forces are ancient and they are very real.

They pre-date America and they were established by a tiny group of deep-thinkers, spiritualists, intellectuals, seasoned occultists and Lucifereans led by Adam Weishaupt in a place called Bavaria in Germany on the European continent in 1776. They are known as the ''Illuminati'' (meaning ''the Enlightened Ones") and their activities are buried in absolute secrecy.

Their symbol and operational structure is the pyramid and they are fortified, strengthened and protected by numerous ancient cults and fraternities, secret societies, false religions, pagan rituals, the control of the worlds banking system and money supply and the total domination and control of world politics and the entire world system itself. They are empowered directly, through a very complex and strict hierachial system and command and control structure, by satan himself through his human agents and demons.

Their ultimate goal and objective is to establish what has been rightly described by many commentators over the years as a ''New World Order'' which will be run by a ''One World Government'' that will be headed by the evil soul that the Holy Bible describes as ''the beast'', the ''son of perdition'' and the ''Anti-Christ''. The Koran describes the same individual as the ''MASIH AD-DAJAL''. Everything that is going on in the world today, including the carnage and bestiality of the numerous conflicts and wars that we are witnessing, are silently being orchestrated by them.

They were behind the First and Second World Wars and now they are busy stoking fires all over the world, covertly funding and supporting the most vicious and horrendous types of terror groups and quietly preparing the ground for the Third and final World War.

They are relentless, disciplined, purposeful, unyielding, ruthless, demonic, sociopathic, inhuman, committed, focused and very clear-thinking. Their ultimate goal is to enslave humanity, to enthrone the rulership of satan and his agents here on earth, to deny God His rightful place in the hearts and minds of His children, to destroy all His people and all men and women of faith that refuse to bow to their perverse values and to compel humanity to accept their ''humanist'' and ungodly philosophies and ways. These are the facts and anyone that does not believe that such an agenda or such a group exists needs to do a lot more reading, praying and research.

The fact is that their greatest source of strength and pleasure is the erroneous enunciation of the absurd notion that they do not exist. They want us all to believe that there is no such evil force and organisation and that there is no such hidden agenda. Yet sadly they DO exist and they not only control much of the world's economy, media and commerce but they also, through the process of subtle manipulation and sheer guile, install governments, Prime Ministers and Presidents in the most powerful nations in the world and they tell them what to do from behind the scenes.

The inner circle of the Illuminati comprises of thirteen very powerful families that are all related to one another through complex and ancient bloodlines even though they come from different parts of the world. Between them these thirteen families, together with their underlings, fronts and associates, control virtually all the political power and money in the world.

Whether anyone chooses to believe it or not the truth is that they are not entirely human and they are utterly cold-blooded. One of those families is the Rothschild family (which literally means the ''Red Shield'').

I leave readers to do their own research on these families and to find out their links to the Illuminati. I suggest that they start by reading the numerous works of Mr. David Icke, an utterly brilliant man that has been described by his detractors as ''the world's leading conspiracy theorist''.

Permit me to end this contribution with a simple yet compelling assertion. In my view the most devastating, crippling and deadly disease that confronts humanity today is not ebola, aids, cancer or heart disease but rather it is ignorance. This includes the ignorance about the existence of groups like the Illuminati, their objectives and their modus operandi.

Ignorance of such matters is a terrible and debilitating affliction that results in more hardship, more suffering, more pain, more poverty of the body, spirit and soul, more loss of life, more wars, more carnage and more destruction than any other. Worst still it is very expensive in both spiritual and material terms.

The truth is that we must free our minds and see beyond the ordinary if we really wish to be liberated from the evils of our world. We must question everything that we have ever been told or taught and subject those things to deep analysis, thorough scrutiny and rational thinking.

As the bible says we must strive to ''know the truth'' and once we ascertain that truth and that hidden knowledge it will undoubtedly ''set us free''. May God deliver our nation from ignorant minds and from the scourge that is known as the ebola virus.

More importantly may He save us from those that created it in the first place and who wish to keep us in the dark about their evil purpose and sinister origins. As for Patrick Sawyer he has gone back to hell where he belongs. And may he burn there forever.