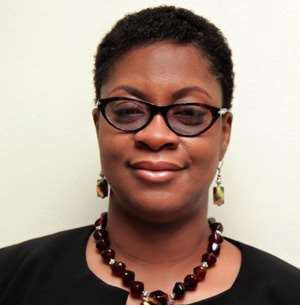 Agnes Emefah Essah, CMO of Vodafone Ghana
The National Communications Authority (NCA) has lifted the ban imposed on Vodafone Ghana on the 6th of June 2014, as a result of a nationwide outage on the network.

Sanctions were imposed on Vodafone, banning the company from the acquisition of new subscribers, sale of New SIM Cards, porting subscribers from other networks to Vodafone, introduction of new services, promotions, offers and from all marketing communications. The network was also directed to compensate consumers.

Originally, these sanctions were to be force till 31st July 2014; but Vodafone has been able to meet the conditions put in place by the Authority to ensure quality delivery of services.

As part of conditions required for lifting the ban, the network was to investigate and rectify all issues on their core network following which the Authority would conduct a series of tests. This included implementing a permanent fix on their Recharge Platform and ensuring that identified defective equipment were replaced.

Following various actions taken by Vodafone and reported to the Authority, NCA has since conducted a series of verification tests on the network between June 25, 2014 and July 6, 2014 regarding the remedial measures on the outage that occurred on 3rd June 2014.

The verification tests have proved that Vodafone Ghana has met all the requirements to ensure network stability and consumer satisfaction.

As a result, the Authority has lifted the ban.
It was gathered that the main objective of the ban was to compel Vodafone Ghana to put in place measures to ensure quality and consistent service delivery, and not meant to be punitive.

The NCA assured the general public that it would continue to work in the interest of the consumers and all stakeholders at all times.

Vodafone has also been advised to ensure that it conducts regular monitoring and maintenance of the network to prevent outages which affect consumer satisfaction and to prevent such an incidence from reâ€occurring. -