'Gov't Does Not Owe POTAG' 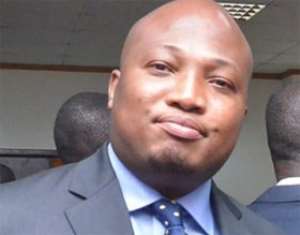 Such allowance is paid once a year and therefore it was unfair for the lecturers to abandon the classroom when this year's payment was not due, he stated.

'The book and research allowance is not in arrears. For more than 10 years, it has always been paid at the end of every academic year.  In the 2012-2013 academic year, we paid POTAG on September 30 so why is it that as early as May, this year, they have declared a strike-action for money they are not yet owed,' Mr. Ablakwa stated.

Speaking at the Meet-the-Press series in Accra, he explained that teacher unions demanded that payment of the book and research allowance should be maintained for all teachers until September while government establishes the National Research Fund.

He said government was negotiating with the various associations on the issue but it was 'unfortunate and regrettable' that POTAG decided to pull out and embark on strike since May 15.

Deputy Minister of Information, Felix Ofosu Kwakye, in an address, highlighted the distribution of free school uniforms, exercise books and the construction of classroom blocks, among others as some achievements of government in recent years.

An amount of GH¢9,031,338.00, he added, was used to subsidize the registration cost of 391,079 candidates for the Basic Education Certificate Examinations (BECE).

He emphasized that the $156 million loan secured by government under the Secondary Education Improvement Programme would be used to construct 23 new community day Senior High Schools (SHSs), expansion of 125 SHSs, and also provide scholarship for 10,400 needy students from deprived communities, among others.