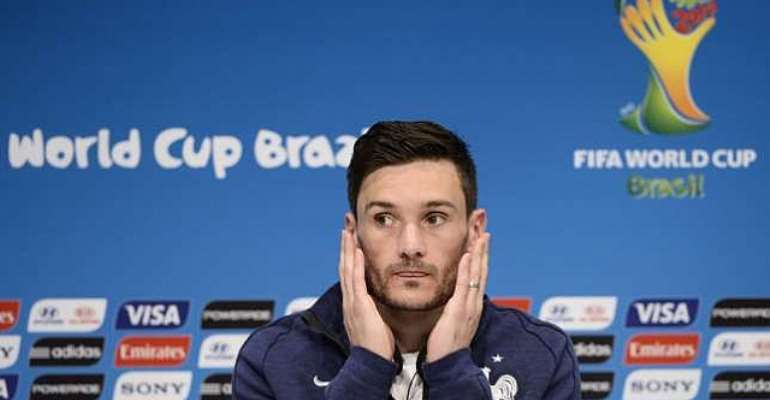 Didier Deschamps' France and Germany will go head-to-head in a FIFA World Cup quarter-final tie at the iconic Maracana, with the winner set to face either hosts Brazil or Colombia in the final four.

France - the 1998 champions - are unbeaten in this year's tournament, winning three out of their four games and scoring 10 goals in the process.

But while they have won four of the past six international friendlies against Germany, France have not beaten their European rivals at a World Cup since Just Fontaine scored four in a 6-3 win for third place in 1958.

France have faced Germany twice since that meeting in Gothenburg, losing both, and the semi-final loss at the 1982 World Cup - known as the Tragedy of Seville - still dominates the headlines after French defender Patrick Battiston suffered a broken neck following a brutal challenge from goalkeeper Harald Schumacher that went unpunished.

Despite the history between the two nations, goalkeeper Lloris insists he wants to put the past behind him.

"We are not afraid of anything - we know full well that in one match just about anything is possible including for this to be our last one in the World Cup," Lloris told reporters on Thursday.

"But there is no fear, it's a real pleasure, a sheer joy to play Germany.

"We want to win this match for our friends, our families, for France.

"This French team lives in the now. Obviously there is a long history between both nations but as far as we are concerned we live for the present moment, we want to write our own history."

Lloris, who has kept the most clean sheets at the World Cup with three, also heaped praised on opposing keeper Manuel Neuer.

The German gloveman earned rave reviews following his performance against Algeria in the last-16, which saw him acting as a sweeper on numerous occasions with Joachim Low's men pressing high up the field.

"When the team pushes so high up the pitch, you have to be able to play further forward and perform the role of a 'libero'," Lloris said.

"Neuer is certainly the most complete goalkeeper in the world and is capable of doing that role. He did it remarkably against Algeria."