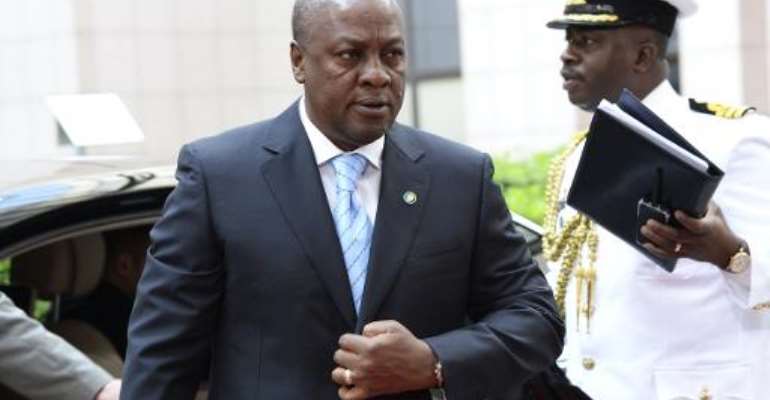 Accra (AFP) - Ghana's sports minister and his deputy were reassigned to other ministerial duties on Saturday following the Black Stars disappointing performance at the World Cup, which saw two key players suspended and the team fail to qualify for the second round.

A statement from President John Dramani Mahama's office said that Minister of Youth and Sports Elvis Afriyie-Ankrah would become a junior minister at the presidency.

Deputy Minister of Youth and Sports Joseph Yammin has been reassigned to be a deputy minister in the Ashanti Region.

The statement said the moves were “part of ongoing changes in (Mahama's) administration.”

Despite high hopes in Ghana and a talented squad including AC Milan's Michael Essien and Al Ain's Asamoah Gyan, the Black Stars failed to advance beyond the group stage after losing to the United States and Portugal and an honourable draw with eventual group winners Germany.

The matches were overshadowed by drama off the pitch.

Days later, Yammin said the government had chartered a private jet to fly over $3 million (2.2 million euro) in cash to Brazil after players demanded their appearance fees.

On the day of their final match against Portugal, the GFA expelled two of their highest profile players striker Kevin-Prince Boateng and troublesome midfielder Sulley Muntari.

The association said Muntari, who has a history of disciplinary problems, had assaulted a staff member and Boateng insulted coach Kwesi Appiah.

Boateng -- one of the stars of the 2010 World Cup finals when they reached the quarter-finals -- strenuously denied the allegation aghainst him.

Ghana went on to lose to Portugal 2-1.