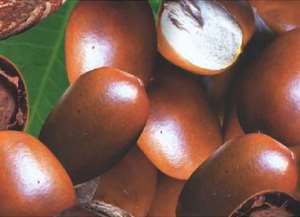 Tamale,May 7, GNA - Government is to spend five million Ghana Cedis within two years under the Presidential Support Initiative towards the development of the Shea nut Industry in the three northern regions.

Under the initiative, 12 shea nut processing plants would be constructed in the Northern, Upper East and Upper West Regions while 1,000 women would also be trained to be part of the shea value chain as part of governments policy to redirect as well as diversify the countrys export base.

The initiative would also see the planting of two million shea nut trees to feed the processing plants.

Both committees are to work to ensure the success of the Presidential Support Initiative on the development of the Shea nut Industry, as means of adding value to the resource to generate more revenue for those engaged in the sector,especially rural women in northern Ghana.

Mr Iddrisu urged the committees to apply the funds judiciously to the benefit of all in the industry.

Alhaji Fuseini called on investors to invest in northern Ghana because it offered the necessary environment for businesses to thrive.

He said that the shea resource had not received any major boost in recent times,adding, The new initiative will ensure that the resource benefit the people of the region and beyond.

Buipewura Jinapor (II) thanked government for the initiative, saying It will help to position shea nut as the countrys new export resource.

He pledged the readiness of the committees to work to ensure the success of the initiative.