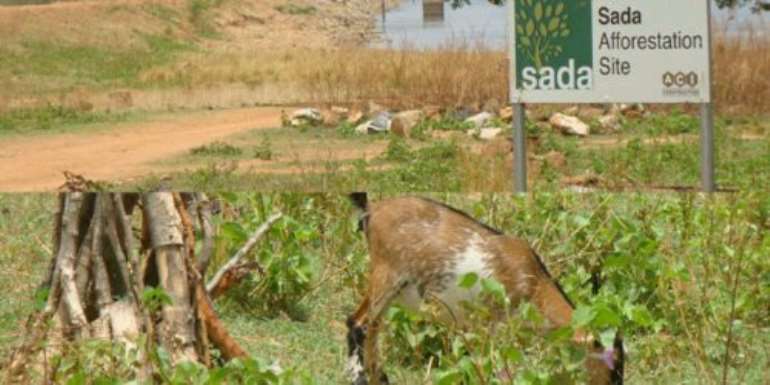 Lawyers for the Savannah Accelerated Development Authority are demanding a retraction of, and apology for, the serialised story of alleged financial malfeasance in the operations of SADA.

According to the solicitors, Beyuo & Co, the serialised reports titled “The Sad SADA Story” were culled from an inconclusive audited report but the stories sought to impute wrongdoing to the management of SADA.

“To the extent that your station relied on the management letter to impute wrongdoing to our client, we demand that you retract and apologise for the false and malicious statements made against our client,” the letter read in part.

Read below the full unedited letter from the lawyers of SADA.

17 April 2014
“The Sad SADA Story”
We write as solicitors of the Savannah Accelerated Development Authority (“SADA”) in connection with the above titled series currently running on your station Joy99.7 FM and on the station's internet portal “Myoyonline.com”.

In the series that your station has carried on this story you have made categorical statements of financial wrongdoing against our client and its officers.

Our client has noticed that contrary to the claims by your station that it has investigated our client and uncovered financial wrongdoing, your station is rather serializing portions of a letter dated 25 February 2014 from the Auditor General to the Chief Executive of SADA entitled “Management Letter on Audit of the Accounts of Savannah Accelerated Development Authority (SADA), Tamale for the period January 2011 to December 2013.”

We wish to bring to your attention the fact that the letter which you have quoted extensively on your network was written pursuant to section 29 of the Audit Service Act, 2000, (Act 584) which stipulates that the Auditor-General shall, as a result of an audit, issue observations to the Controller and Accountant-General or the management of the audited organisation and the comments made by the management shall be returned to the Auditor-General within thirty days after the receipt of the observation.

To the extent that your station relied on the management letter to impute wrongdoing to our client, we demand that you retract and apologise for the false and malicious statements made against our client.