At least 60 killed as fighting surges in South Sudan 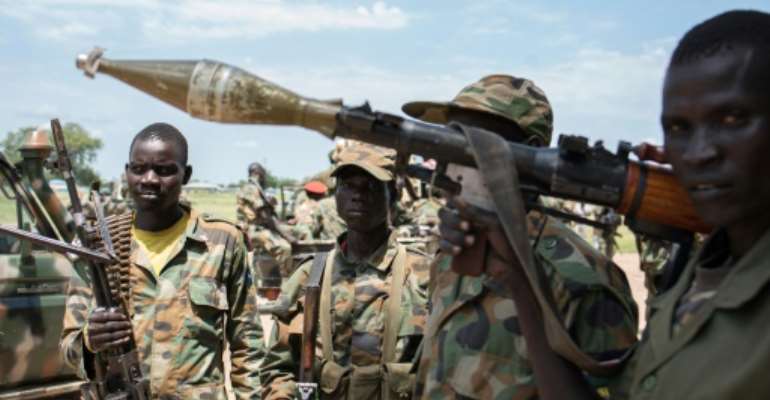 Malakal (South Sudan) (AFP) - At least 56 rebels and four government troops were killed in heavy weekend clashes in northeastern South Sudan, in a worrying surge of violence in the world's youngest nation.

Violence between Machar's supporters and troops loyal to his bitter political foe President Salva Kiir, has blighted the nation for much of its hard-won independence from Sudan, achieved in 2011.

"The rebels of Riek Machar attacked us in two places of our defence, that is Wajwok and Lelo, and we heavily impacted on them. The dead bodies of the rebels confirmed after count was 56," the spokesman said, adding that the clashes began Friday evening and ended on Saturday.

"On our side we lost four SPLA fighters and twenty were wounded."

Forces loyal to Kiir invited journalists to the region on Sunday to show they were in control of the area, and an AFP photographer reported seeing up to 40 bodies in the places he could access. 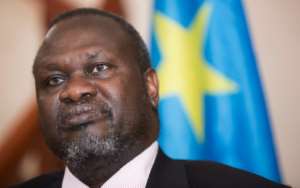 However Major Dickson Gatluak with the rebel SPLA In Opposition (SPLA-IO) insisted his forces were in control of the two towns as well as the northern part of Upper Nile state.

Malakal is the closest town to the oil fields in the Upper Nile region which bring in government's biggest revenue, and has changed hands several times since fighting broke out in 2013.

'On the edge of a precipice'

Gatluak said fighting was ongoing, although the AFP photographer reported it was calm on Sunday.

"It is just a matter of time (before) our forces will take Malakal ... we have realised that there is no political settlement in Juba, there is not any political space in Juba so we have to organise ourselves because the government has failed," he said. 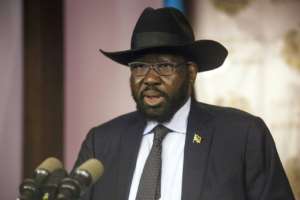 South Sudan President Salva Kiir has been in power since 2011

South Sudan, which gained independence in July 2011, descended into war just two and a half years later when Kiir in December 2013 accused Machar -- who he had sacked as his deputy -- of plotting a coup.

Kiir is a member of the Dinka tribe, while Machar is a Nuer, and fighting has split the country along ethnic lines.

Numerous attempts to shore up a fragile 2015 truce have failed, and in a major setback to peace efforts, fierce clashes erupted in Juba on July 8 this year between Kiir's forces and those loyal to Machar.

The international community has expressed deep concern over a spread in violence since the July clashes, which pushed the number of refugees from the war-scarred nation past the one-million mark, according to the UNHCR.

In a further blow to peace hopes, Machar last month urged "a popular armed resistance" against his rival's government.

Machar, who fled to Khartoum after the July fighting, last week left for South Africa for medical tests.

An influential group of South Sudanese politicians known as the 'former detainees' after their arrest when war broke out in 2013, warned last week that "the country is on the edge of a precipice".

And in a sign of growing frustration in the region with the warring leaders of South Sudan, Kenyan lawmakers last week threatened sanctions.

Defence and Foreign Relations Committee Chairman, Ndung'u Gethenji, said lawmakers were mulling sanctions "against those who are perpetuating war-like activities, genocide and killing (so that they) may no longer enjoy having their assets in our country, their children studying in our schools in relative comfort in peace and security while they continue to destroy the lives of their people back in their own country.

"Kenya can no longer afford to have another failed state on its border," he said.