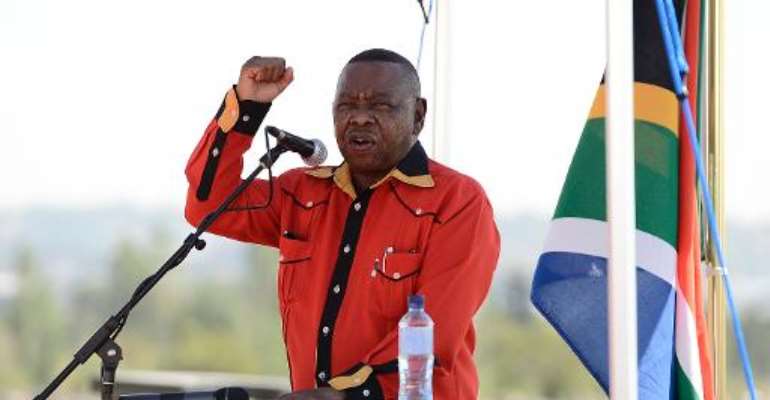 Students at one of the campuses of the North West University had performed the Nazi-style "Sieg Heil" salute during a supposed orientation ceremony, the local Beeld newspaper reported last week.

The images of students raising their right hands at the end of a song sparked the ire of the department of higher education.

It said the pictures showed a group of students "dressed in uniforms, marching in unison like troopers and, most disturbingly doing the ... Nazi-style fascist salute".

Government said it would not tolerate such "archaic" and "unconstitutional" practices that damage and indoctrinate young people into beliefs that "are not in the spirit of our democracy".

The university authorities have apologised for any offence caused by the images, according to government, and they denied it was a Nazi salute, but a tradition of first year students "singing a greeting" to the head of their residence committee.

But the government could not be convinced.

"Such practices are not at all innocent and can only be characterised as unacceptable practices where the use of gestures associated with Nazism are shunned upon throughout the world and are relics of a time which symbolised oppression, persecution and some of the worst atrocities committed in human history," it said.

It was "shocked" that university administrators could defend "what can only be called initiation rituals".

Higher Education Minister Blade Nzimande is still studying a report submitted by the university over the incident and will consider if any action needs to be taken.

Higher Education Transformation Network, an education policy local lobby group is already calling for the removal of the university's administrators.