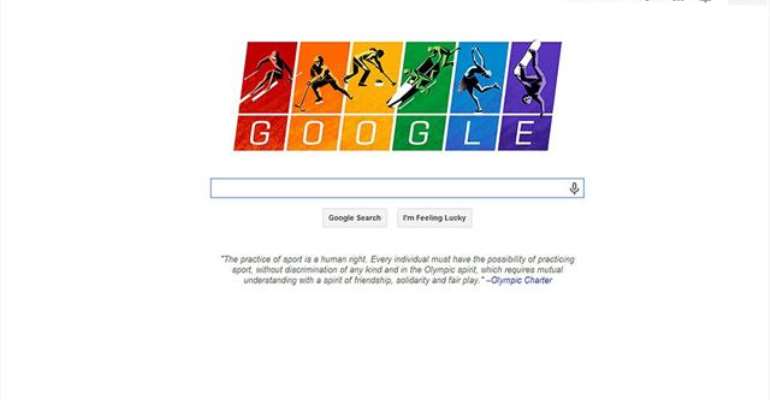 Google has placed a rainbow version of its logo on its search page in the colors of gay pride as the Winter Olympics opens to teeming pressure on Russia's controversial “gay propaganda “law.

The page now shows a winter sports competitor above each of the six letters in the U.S. Internet giant's name, set against backgrounds in the six colours on the gay pride flag – red, orange, yellow, green, blue and purple.

The page also includes a quote from the Olympic charter underlining the right to practise sport without discrimination.

“The practice of sport is a human right. Every individual must have the possibility of practicing sport, without discrimination of any kind and in the Olympic spirit, which requires mutual understanding with a spirit of friendship, solidarity and fair play,” it says.

The international outcry over the law, signed by Putin last year, threatens to undermine his hopes of using the Games to portray Russia as a modern state that has come a long way since the Soviet Union collapsed in 1991.