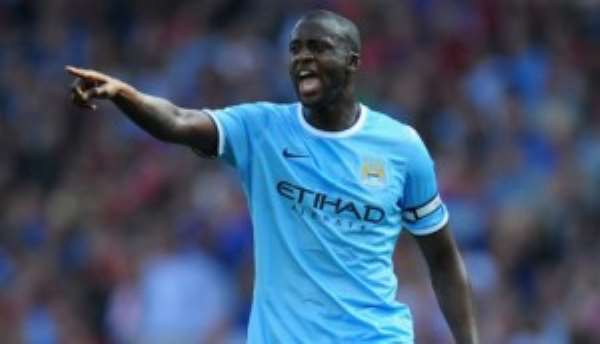 http://en.africatopsports.com/wp-content/uploads/2013/12/130830-yaya-toure-home-496x286.jpg Yaya TourÃ© is on another planet since the beginning of the season. The Ivorian international has yet made people talk about him last weekend in the Premier League.

On a free kick perfectly put into the corner of the net, the midfielder opened the scoring at Fulham (4-2) and scored his 9th goal of the season. The Elephant of Ivory Coast has become almost the handyman for City. Centerpiece of Citizens since his arrival in 2010, Yaya TourÃ© is undoubtedly one of the best midfielders in the world today.

Qualified with Skyblues for the next round of the Champions League, the youngest of the TourÃ© brothers will meet FC Barcelona in the knockout stages. The Ivorian is eager to battle with his former club. Through the micro of BeIN Sport , TourÃ© has not forgotten his time at the Blaugrana.

“It's true that I wanted to meet Barca. It was three exceptional years; I won a lot of trophies there. I saw people who really framed me, players like Xavi, Iniesta, Eto'o, Thuram , Abidal , Henry … “ he said before highlighting the special relationship he has with this club. “When I arrived in 2007, it was quite complicated. But I 've always been someone who loves the challenge ( …) It gave me the desire to go to Barcelona , it was the presence of players like Lilian (Thuram), Samuel (Eto'o) … It was a way to pass a course . “