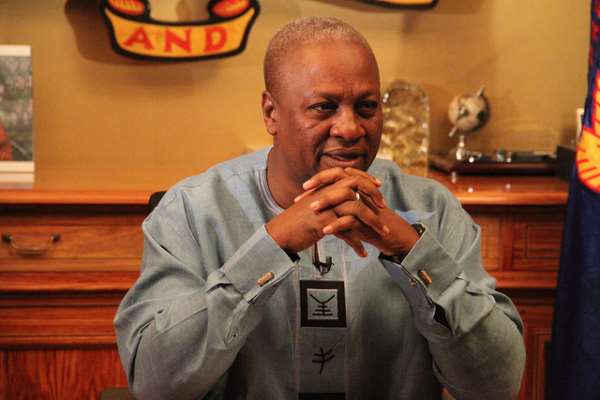 President John Dramani Mahama has challenged players in the local cocoa industry to explore other international markets apart from Europe to halt the dwindling fortunes of cocoa.

He said with the economic crisis in Europe, it was crucial for the Ghana Cocoa Board (COCOBOD) to shift focus from the European markets to other emerging economies.

'As the international market price of the produce continues to fall, we are expected to take the necessary remedial measures to keep our farmers in business. Recent challenges faced by economies of Europe should serve as a wake-up call for us to explore other emerging markets,' he stressed.

Speaking at the maiden national cocoa stakeholders' forum in Accra yesterday, the President pledged the government's commitment to support the agricultural sector, particularly the cocoa industry, despite the discovery and production of oil.

The national cocoa stakeholders' forum is the first to be held following President Mahama's suggestion for such a forum to be organised to discuss issues affecting the sector.

'It is worth noting that this feat has been achieved at a time when cocoa price continues to take a nosedive on the international market,' he stated.

Cocoa: backbone of the economy
President Mahama said cocoa had been the backbone of Ghana's economy for years, creating jobs for many people and contributing to infrastructural development in the areas of schools, health facilities and roads.

Therefore, he said, the government would not relegate the sector to the background, but rather support its growth and ensure the welfare of cocoa farmers and other players in the industry.

The President indicated that activities such as illegal mining, also known as 'galamsey', threatened the survival of the cocoa industry and affirmed the government's resolve to deal with the perpetrators.

For the country to derive the maximum benefit from cocoa, he stressed the need for COCOBOD to add value to the cocoa bean, rather than export it in its raw state and expressed the hope that the sector would be strengthened after the forum so that it could continue to offer economic stability to the country.

Giving an outlook for the 2013/2014 crop season, Mr Terkper said COCOBOD was expected to inject about US$1.2 billion into the economy during the period.