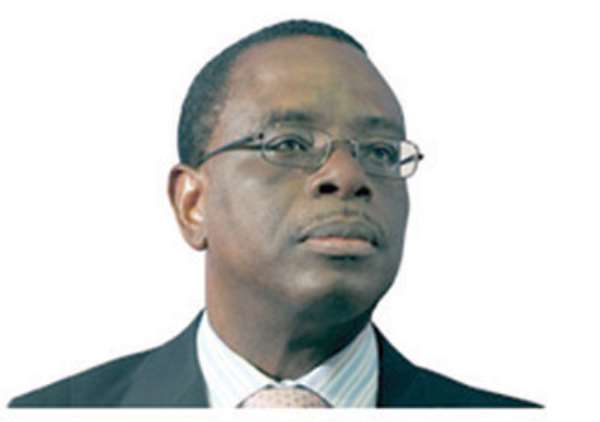 The Chairman of the board of Ecobank Transnational Incorporated (ETI), Mr Kolapo Lawson, has survived the throes of a bitter boardroom wrangling over outstanding debts owed by businesses associated with him.

This has sparked a leadership crisis among some major shareholders of the pan African bank. At least one leading shareholder, South Africa's Public Investment Corporation (PIC), sought an urgent board meeting to address the controversy embroiling the bank.

'The CBN considers him unfit to head a holding company that has your bank as its major subsidiary and under our regulatory purview,' the letter from the CBN's director of banking supervision said.

Early this month, the Financial Times of London had reported that the bank that blazed a trail across African borders to build the continent's most geographically diverse network is in a bitter boardroom battle over outstanding debts owed by businesses associated with its chairman, Kolapo Lawson.

This followed a warning by the Central Bank of Nigeria (CBN) of Mr Lawson's alleged failure to 'make good his promise to pay' what it called 'huge outstanding non-performing facilities' owed to the Asset Management Corporation of Nigeria (Amcon), which was set up in 2010 to absorb non-performing assets following the 2009 Nigerian banking crash.

In a letter to the board concerning the dispute, the PIC said: 'It is our view that ETI and its board may be at risk if the matter is not given the attention and urgency it deserves.'

This had apparently been initiated by CBN notifying Ecobank of Mr Lawson's failure to make payments on 'huge outstanding non-performing facilities' owed to AMCON, estimated at N1.2bn (US$7.5m), with an additional N1.6bn exposure to the Ecobank Nigeria subsidiary.

The furore comes even as the bank sets out to consolidate its position after a string of acquisitions and start-ups had given it the platform to tap into fast-growing African economies.

But enquiries by the Graphic Business at the headquarters of the Pan African Bank in Lome, Togo, culminated in a release which said that the board had concluded that there had been no financial impropriety and that Mr Lawson had acted in good faith throughout. As a result, the board unanimously reaffirmed its confidence in Mr Lawson.

The Vice-Chairman of the board, Mr AndrÃ© Siaka said, 'Kolapo Lawson has been a loyal servant of Ecobank for many years and has been a major contributor to its on-going success. We are happy unanimously to reiterate our full support for Mr Lawson and his leadership and look forward to renewing our focus on continuing the remarkable success of Ecobank.'

The release quoted Mr Lawson as saying that, 'I am pleased that we have been able to draw a line under this matter. The Board has made clear that it has no outstanding concerns and I now wish to concentrate once again on leading Ecobank to further success.'

'There has never been a request for any kind of waiver or write-off this loan,' Mr Lawson said, adding that the Ecobank loan was listed in Nigeria as 'performing'. No emergency board meeting was planned, he added.

'The Board concluded that there had been no financial impropriety and that Mr Lawson had acted in good faith throughout,' Ecobank's statement said. Bank insiders however spoke of a protracted meeting on Monday at the bank's headquarters in Togo at which a minority of board members present had expressed concerns over his position.

Ecobank Transnational (ETI) which was set up by mostly private West African shareholders in 1985 with a mission to develop and integrate African economies, has ridden the boom in continental banking over the past decade to gain a presence in 33 African countries with assets worth US$20.6bn at the end of June.