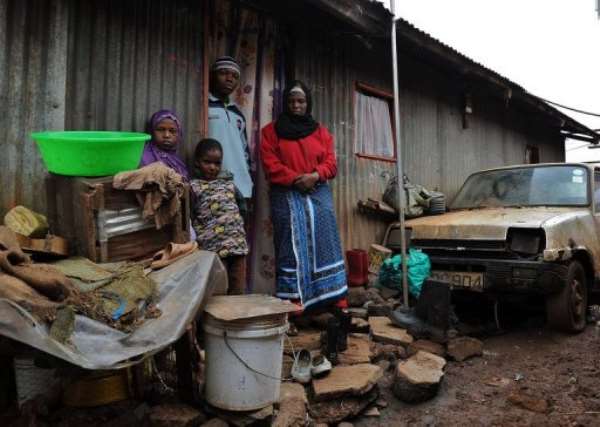 NAIROBI (AFP) - A Kenyan mother, pregnant with her fourth child, said Saturday she cannot support her family after her husband was killed in a road crash involving an American diplomat who has since left the country.

Haji Hassan Ali Lukindo, 43, was killed in a car crash in the Kenyan capital Nairobi on July 11, when the minibus he was travelling in was involved in a crash with the car of a diplomat at the US embassy.

"We have been left destitute since Haji was killed," said Latifah Naiman, 38, who was married for 14 years before she was widowed last month.

"I have no means to support our three children, and have to depend entirely on a well wisher for rent, food, school fees and daily living expenses."

Kenyan police confirmed that US diplomat Joshua Walde had been involved in a crash, and that he had given a statement to them but had diplomatic immunity.

"He has left Kenya...he is a diplomat so had immunity and was free to go," a senior police officer said, who was not authorised to speak to the media.

Naiman said she was frightened now as to how she could support her children, especially the baby soon to be born.

"I am unable to work in my condition (pregnant)," Naiman told AFP, who is around six months pregnant, speaking from her simple tin-roof rented home in a crowded slum area of Nairobi.

"I am desperate for communication from the American authorities here."

There was no immediate response from the US embassy.