US disappointed by 'flawed' Congo election 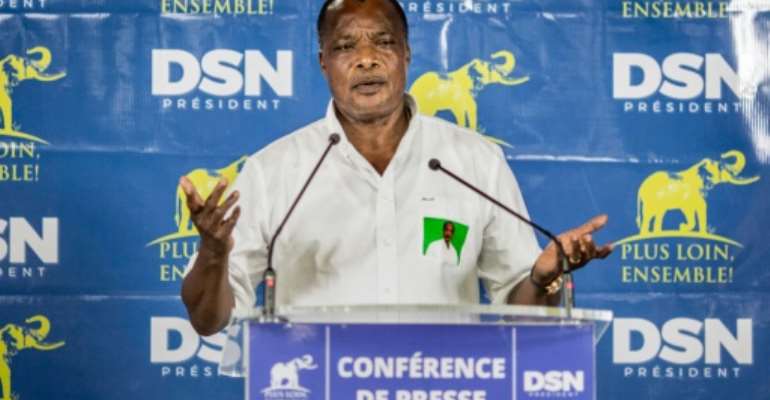 Washington (AFP) - The United States expressed dismay Thursday at the conduct of presidential elections in the Republic of Congo, which returned longtime leader Denis Sassou Nguesso to power.

Congo has been on edge since an October constitutional referendum ended a two-term limit on presidential mandates, allowing 72-year-old Sassou Nguesso to run again.

Heavy fighting erupted on Monday in parts of Brazzaville as rival factions awaited a ruling by the constitutional court on last month's poll.

But opposition leader Guy-Brice Parfait Kolelas has now conceded defeat, saying he does not want to stir trouble despite a poll "marred by all sorts of irregularities."

In a statement, the US State Department said Washington is "profoundly disappointed by the flawed presidential electoral process in the Republic of Congo.

"Widespread irregularities and the arrests of opposition supporters following the elections marred an otherwise peaceful vote," it said.

And it urged Congo "to correct these numerous deficiencies before scheduling legislative elections in order to bring credibility to future electoral processes."

Sassou Nguesso, a former paratrooper, served as president from 1979 to 1992, returning to power in 1997 following a civil war.

He won two successive terms in elections in 2002 and 2009, both of which were disputed by opposition parties.

Accra: One Killed As 4 Cars, 2 Motorbikes Collide At Anyaa
28 minutes ago